A TWO-decade marriage has collapsed after a priest from the Anglican Church’s Manicaland Diocese was allegedly caught in-between the sheets with a congregant’s wife before dumping his family for the Iover who works at the Mutare magistrates court.

Father Lovemore Nyamangodo, 44, of house No. 307 Zimunya Township who is also a student at Catholic University, has allegedly left his lawful wife, Enia Kuwaza, 42, for his Iover Rumbidzai Zimunya.

Kuwaza claimed the man of cloth left the family after he was caught in bed with a congregant’s wife.

She also said she could not withstand her husband’s w0manising antics and that he broke pastoral vows by becoming a drunkard.

“A woman called Rumbidzai Zimunya who works in the Human Resources department at Mutare court has ruined my home. She is one of my husband’s many small houses.

“My husband has left our matrimonial home and he is not taking care of the family,” said the mother of four.

In her ordeal, Kuwaza said Nyamangodo has been suspended by the church on four occasions after falling for the temptation of women. She further said that she pleaded with the leaders of the Anglican Church for her husband to be reinstated.

“Our church does not tolerate people who drink or w0manise. But because of that, my husband has been suspended on four occasions for sleeping around. I work at St. Matthias High school in Watsomba as a general hand so that I fend for the family.

“He took with him two children and I have the young ones with me and he is not even paying their fees or buying food. 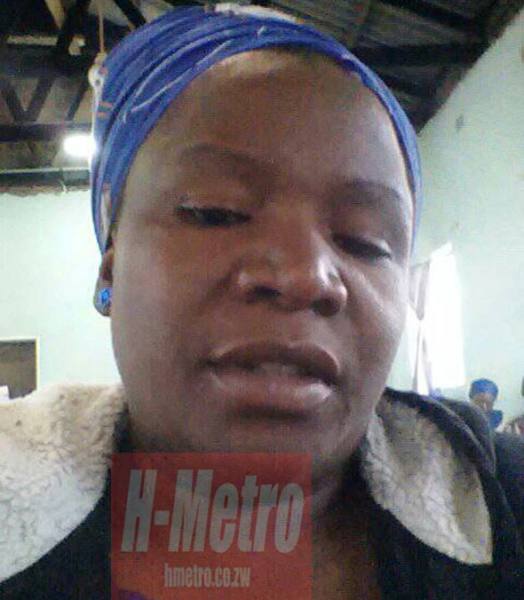 “We have not been intimate since late 2016. I have done him no wrong. Maybe it is because I bore him four girls as he always said he wanted a boy?” she said.

When H-Metro got hold of Father Nyamangodo’s alleged girlfriend, Rumbidzai, she was evasive before hanging the phone.

“Ini handina kukonzeresa muhupenyu hwemunhu. What you are saying are true lies?” she said as she hung up her phone.

Contacted for comment, Father Nyamangodo at first professed ignorance about the developments.

He said he was not aware of the issue until when asked about a photo in which he is embracing his Iover.

“Musadaro akomana! I am a student at the Catholic University and have a standing in the community, muri kuda kuti ndinyarirepi vakomana? Musandidaro. What you are doing is wrong. I am not the one on those pictures. What if they are photoshopped? Usadaro sha! I am still staying with my wife zvekutoti nezuro chaiye ndakatoenda kumba nema groceries evana.

“We are not staying under one roof hedu because she decided to stay at her workplace when I was transferred from Watsomba,” he said.

The man of cloth however indicated that he is in the process of annulling their marriage with Kuwaza after the latter had given him a divorce token, a claim Kuwaza dismissed.

News Tanya Mugabe - 3 March 2021 0
ZANU PF yesterday claimed that more MDC Alliance bigwigs were ready to jump ship to save their political careers after realising that the Nelson...
Loading...