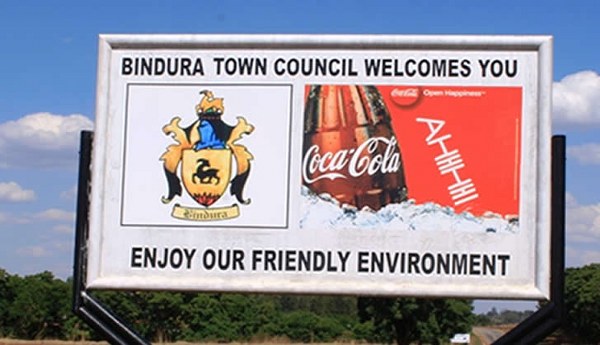 A fist fight broke out between Bindura mayor Mr Innocent Zvigumbu and the council’s finance director Mr Lovemore Warurama on Monday after the pair failed to agree on the contents of a 2016 special audit report conducted by the Ministry of Local Government, Public Works and National Housing.

After their fight, the two made separate reports to the police, accusing each other of assault.

Mr Warurama yesterday confirmed the fight, accusing Councillor Zvigumbu of bringing to the table a fictitious report, which had nothing to do with the ministry audit. He said Clr Zvigumbu wanted him, together with Messrs Mavesere and Machingauta, out of office.

“He has an agenda to remove us from office,” he said.

“He feels threatened by the town clerk, chamber secretary and my presence. He wants to eliminate us with whatever way possible. In trying to correct him, he becomes emotional and this resulted in him losing his tamper and coming to my chair to beat me up.”

Mr Warurama said he rushed to the police, only to find out that Clr Zvigumbu had already filed a report against him. He said the audit report at the centre of controversy was “uncommissioned.”

“He claimed the report was from the ministry and to make matters worse we did not see it,” he said.

“I don’t know where he got that report from, but he wanted to implement recommendations he said were from the audit. If there is an audit report, the auditors also seek for management’s response, which did not happen in this case. We told him the report should come using the proper channel, but he could have none of it.”

The Ministry of Local Government, Public Works and National Housing audited all local authorities for transactions done in 2016.

Clr Zvigumbu maintained that the audit report was authentic and accused Messrs Warurama, Mavesere and Machingauta of conniving to loot Bindura Town Council.

He said the report had unearthed that council was prejudiced of more than $330 000 between 2014 and 2016. Clr Zvigumbu also confirmed the fight.

“He was the one who beat me up. I was about to leave the meeting room and the finance director was seated near the door. Akandirova ndare, iya inoitwa kuchikoro mwana wamai. (He tripped me from behind). Throughout the meeting, he was bullying me and shouting obscenities,” he said.

Clr Zvigumbu added: “These guys have looted and the town clerk bought a council-rented house without council knowledge. There are many damaging stories at the expense of service delivery.”

Bindura town clerk was renting a house and the owner decided to sell it and it was open to everyone.

“I put my offer just like anyone and bought it for $155 000 from the Mujuru estate. I don’t know what right he (Clr Zvigumbu) had to that house. Mr Mavesere accused Clr Chigumbu of being a “tribalist. He is fighting a tribal war with the people who come from outside Mashonaland Central Province,” he said.

“On October 20 last year at Chipadze Secondary during budget consultations, he boasted that he was going to fire me and replace me with a local person. I am not from this province and the councillors are aware of this issue, which we have forwarded to higher offices accompanied by text messages from the mayor.” Mr Mavesere said Clr Zvigumbu wanted to remove him from office for personal gain.