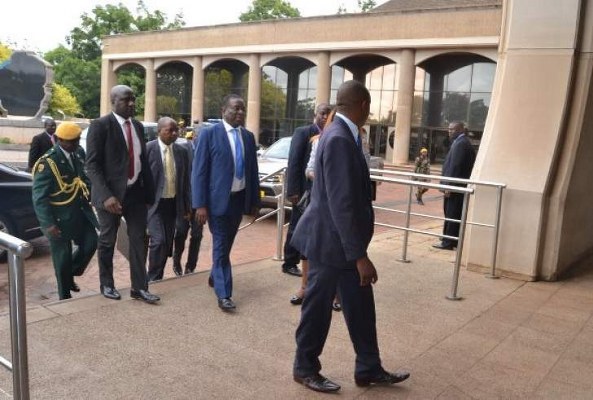 President Emmerson Mnangagwa is chairing his second Zanu-PF politburo meeting since taking over the reigns of power on 24 November last year.

It is the first politburo meeting of 2018 with the new faces incorporated at the Extra Ordinary Congress held in December last year.

Retired Lieutenant General Rugeje is the party National Political Commissar who said that he is not interested in rallies but is keen to see the party membership organised from cell level and with a clear party ideology, hence the need to ensure that the Chitepo School of Ideology starts operations quickly.

The school is being headed by another new politburo member Munyaradzi Machacha, a former member of the general staff of Zanu-PF during the struggle.

Deputy Speaker of the National Assembly Mabel Chinomona has also climbed up in the party to be a member of the politburo. She is the new Secretary for Women’s Affairs.

Another new comer to the politburo is famous spokesman of Operation Restore Legacy Retired Lieutenant General Sibusiso Moyo, who is also Minister of Foreign Affairs and International Trade in the new political dispensation.

Youth Affairs National Secretary Pupurai Togarepi has bounced back, while Oppah Muchinguri Kashiri assumed her seat on the top table as the first female chair of the ruling party.