‘Your honour, that man is my wife’

Young Zvidzai (46) allegedly threatened to make the 29-year-old’s life a living hell in a six-year a_nal rape nightmare at the prison.

The court heard Zvidzai had been giving relish, toiletries and cigarettes to his victim since 2010. 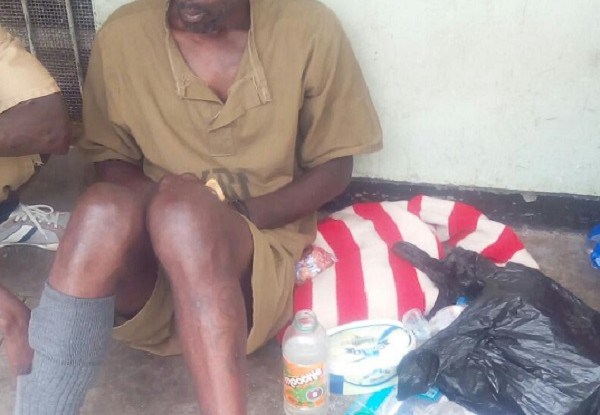 He said he even drew 10 tattoos on the man’s body and asked for a_nal s_ex as payment for the favours.

In December 2016, Zvidzai allegedly f_ondled, k_issed the fellow inmate after dragging him into his cell and had a_nal i_ntercourse with him.

Zvidzai pleaded not guilty to aggravated indecent assault before Bulawayo regional magistrate Mr Joseph Mabeza, who remanded him to today for continuation of trial.

In his defence Zvidzai initially said he was not gay and was not even interested in men.

“I am a married man with three children and I would never lu_st for a man. I am serving my term while waiting to reunite with my family,” he said.

He later said: “I did not force myself on him. He is my wife as we have been having consensual se_x since 2010.”

“I drew more than 10 tattoos on him and since he had no money he paid with se_x,” he said.

The complainant said Zvidzai threatened him saying he was born and raised in Bulawayo and no one refused his advances.

“He offered to draw tattoos on my body and I paid for those tattoos because he r_aped me,” he said.

An inmate who testified said he found Zvidzai on top of the complainant and he alerted the warders.

“They were having s_ex, the way dogs do,” he said.

“On December 10, 2016, Zvidzai went to the complainant’s cell and instructed the other inmates to leave the cell. He took the complainant to his cell where he had hung blankets on the wall like curtains. Zvidzai fon_dled and kis_sed the complainant.

He forcibly laid him on the floor, smeared petroleum jelly on his thighs and allegedly had a_nal s_exual i_ntercourse with him,” Mr Dzipe said.

The court heard that he e_jaculated on the man’s scrotum.