Three people were jailed for a total of 34 and half years for their part in the death of a man who was unlawfully killed when a “dodgy deal” went wrong.

According to a British newspaper Leicester Mercury, the victim, Zimbabwean man Promise Ndlovu who was former Zimbabwean football legend Peter Ndlovu’s brother in-law, was choked to death at the Kapital Building, in Charter Street, Leicester city centre, in October 2016. 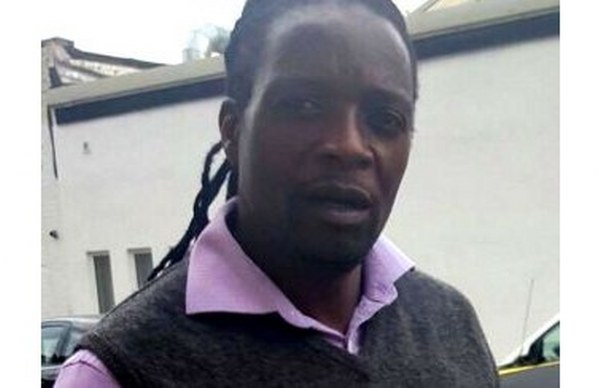 The 40-year-old’s body was dumped in a nearby car park, where it was discovered by a passer-by on his way to work, shortly before 8.30am. Businessman and co-owner of the Kapital Building, Kehar Hayer, 57, of Spencefield Lane, Evington, was jailed at Leicester Crown Court for a total of 13 years for manslaughter, conspiring to commit false imprisonment and conspiring to pervert the course of justice.

He too was sent to prison for 13 years. Ramandeep Dhaliwal, 35, of no fixed address, ran Unitech Builders from the Kapital Building and was a business associate of Hayer’s and Kuldeep Singh’s employer.

He was jailed for eight and a half years for conspiracy to commit false imprisonment.

All three man had been convicted after a six-week trial at Nottingham Crown Court last year. Dhaliwal pleaded guilty to conspiracy to pervert the course of justice during the trial.

Prosecutor John Lloyd-Jones QC told the Nottingham trial how the chain of events leading to the Zimbabwean national’s death began on Friday, October 28, the day before his body was found.

He said Mr Ndlovu and three other Zimbabwean men visited Leicester from London to con Dhaliwal with a so-called “funny money scam”.

They claimed a large bag of black paper in the shape of genuine notes would become real money worth £30,000 when treated with a special chemical.

Dhaliwal was persuaded to travel to London with three of the Zimbabweans, and £15,000 of his own money, to buy the necessary chemical, with Mr Ndlovu staying behind at the Kapital Building as “security”.

Mr Lloyd-Jones said that when they arrived in London, at about 9pm, the Zimbabwean men stole Dhaliwal’s money and fled. Mr Ndlovu died as the result of a struggle with Hayer and Kuldeep Singh shortly after midnight.

In a victim impact statement read out at Leicester Crown Court today, Mr Ndlovu’s widow told how her family had been devastated by his death.

She said: “He was taken from us in the cruellest of ways.

‘We all have a hole in our hearts that can not be filled.’ “

The children wonder where he is. They all miss him deeply.

“The young ones still ask when he is coming home and that upsets me. “I still feel traumatized by his death.” The judge, Mr Justice Jeremy Baker, told Hayer and Singh:

“You are both equally culpable for Mr Ndlovu’s death.”