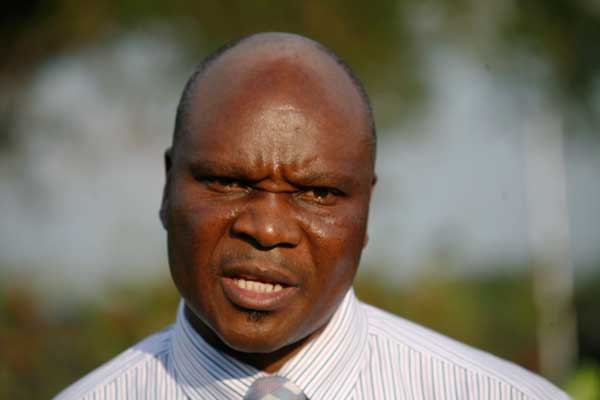 The Zimbabwe Anti-Corruption Commission has opened fresh investigations into former Mines and Mining Development Minister Walter Chidhakwa over diamonds that allegedly disappeared from Government vaults during his stint at the ministry.

Zacc investigators told The Sunday Mail that Chidhakwa will soon be interviewed on the precious stones which vanished in 2015.

Also likely to be quizzed are former Cabinet ministers Ignatius Chombo and Walter Mzembi on fresh charges of abuse of office and corruption.

The anti-graft body’s spokesperson, Ms Phyllis Chikundura, could neither confirm nor deny the development, saying she could only check the facts tomorrow.

“I am out of office, so I can’t check today but on Monday,” she said.

Government ordered diamond mining companies in Chiadzwa to cease operations in 2015 because of opaque dealings that could have prejudiced the country of millions of dollars.

Zacc suspects some diamonds that were kept in vaults at the time could have been stolen.

“(Mr) Chidhakwa should answer pertinent questions about diamonds which were stolen from the vaults. People are making noise about the so-called missing US$15 billion, but we have unearthed that some diamonds were stolen when mining operations were consolidated,” said a top Zacc investigator, who cannot be named for professional reasons.

The value of the stolen diamonds could not immediately be ascertained yesterday as investigators are still busy compiling the data.

The investigation comes after Chidhakwa was arrested weeks ago for criminal abuse of office.

It is alleged Chidhakwa corruptly dissolved the MMCZ board in December 2013 and appointed former permanent secretary in his ministry, Professor Francis Gudyanga, to act as the sole MMCZ board member until 2016.

Prof Gudyanga later claimed US$28 910 in sitting fees when no board was in existence.

He is already on bail for criminal abuse of office, fraud and corruption.

Former Tourism and Hospitality Industry Minister Mzembi is also likely to be interviewed over alleged abuse of US$2 million from the Infrastructure Development Bank of Zimbabwe.