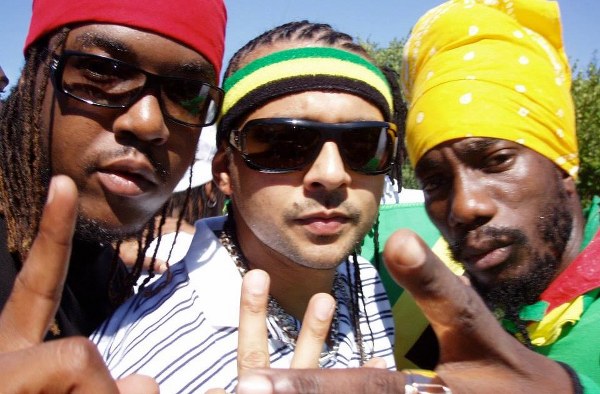 Kariba-born Rymez, who also produced the original Hurtin Me on which Stefflon Don collaborated with American rapper French Montana, is delighted to be making a remix of the hit which made the charts in the United Kingdom, Germany, France and Australia.

He told the Daily News that the success of Hurtin Me, which sold over 600 000 units in the last four months of last year, is yet another proof of the growing influence of Afrobeats in world music.

“Afrobeats is in a very amazing place at the moment with international superstar producers such as Major Lazer seeking talents of Afrobeats superstars such as Zimbabwean producer Jusa Dementor, Nigeria’s Wizkid and Fuse ODG from Ghana,” said Rymez.

The internationally-acclaimed Zimbabwean producer has attracted the attention of many top global stars thanks to the way he has added a distinctive Afrobeats sound to international pop.

“I have been producing music for US artistes, UK underground garage, hip-hop, grime artistes and most recently international dancehall artiste for over 10 years,” he said.

“I have been recently signed as an artiste/producer by Sony and I am working with many big names. I was recently in the studio with American star Future and the Migos and am looking forward to having more releases with Sean Paul,” he told the Daily News from his London base.

Though world stars are trooping to his studio, Zimbabwe and Africa will always remain close to his heart.

“I started this journey of tapping into Africa with a catalogue of Afropop singles on the way. I am also working with Zimbabwean Yaya.

“I have also worked with Nadia Nakai and Cassper Nyovest who is currently one of the best hip-hop acts on the continent of Africa,” Rymez said.

Rymez’s remix of Stefflon Don’s Hurtin Me comes barely a week after Jemere, son of Morgan Heritage member Gramps Morgan, announced that he worked with another London-based Zimbabwean music producer Jusa Dementor on a song titled Cut Ya Loose.

According to Jusa Dementor, the song is one of many that he is producing for Jemere Morgan.

“I and Abra Simzz (fellow Zimbabwean producer) have been close friends with Jemere and it’s an honour working with someone from the Grammy-winning family Morgan Heritage.

“We will be working on more tracks on his (Jemere) forthcoming album. It’s exciting to see a Grammy nominee taking time to work with us,” he told the Daily News.

Rymez, Jusa Dementor and Abra Simzz are part of a growing band of Zimbabwean producers lighting up the world music stage.

This exclusive group of talented Zimbabwean producers also includes Brian Soko who in 2015 became the first Zimbabwean and youngest African to win a Grammy last year for his role on music star Beyoncé’s multi-platinum record Drunk in Love.

Other internationally-acclaimed Zimbabwean producers are Los Angeles-based Zimbabwean music producers, Tinashe “T-Collar” Sibanda and Philip “Pip” Kembo who co-produced a soundtrack for the American action film, The Fate of the Furious and South Africa-based Mr Kamera, who has worked with Nigerian stars Ice Prince, Yemi Alade and Endia as well as South Africans DJ Maphorisa, Ma-E and L-Tido.