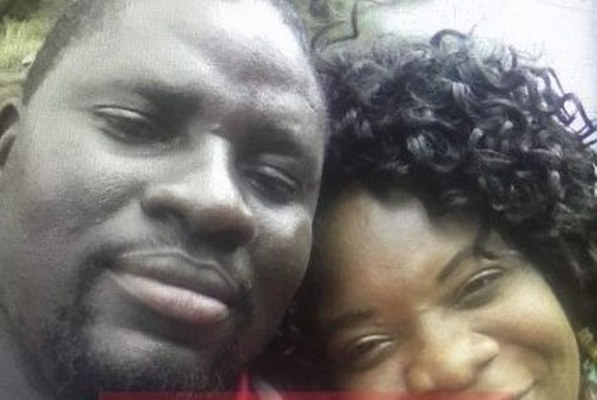 A Catholic priest has been transferred to another parish after his cosy pictures with a woman went viral.

Father Achim Sidakara based in Bulawayo is reported to have been transferred to Peter and Paul Parish from Basilica parish following the leakage of his pictures with a single lady Cecilia Mashayamombe.

Church members are reported to have threatened to withdraw their attendance over the adu_ltery allegations.

Their photographs are now circulating on social media.

“Church members were restrained from deflating his vehicle tyres after he was spotted at Cecilia’s residence,” an impeccable source told H-Metro.

“Church members threatened to withdraw their attendance and tithes following the adu_ltery reports forcing authorities to transfer him.

“H-Metro can you find out for us how this issue of ce_libacy started because we are fed up of reports of priests violating it. Akavarambidza kuroora ngaachivabvumidza nekuti zvingatonetsa,” said the source.

Cecilia denied b_edding Father Achim but acknowledged that it was her in the photographs with the man of cloth.

“To be honest I am not in Iove with Father Achim; he is not my relative although I posed for a photograph with him which is circulating on social media,” said Cecilia.

Father Achim could neither confirm nor deny the allegations when contacted for comment. He hung up his phone after the writer introduced himself and outlined the allegations.