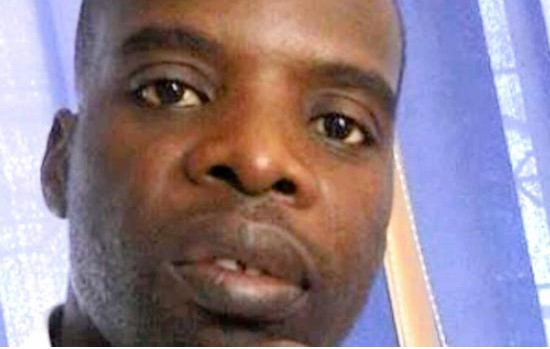 A Grade 8 student has been charged with murder after allegedly stabbing to death a Zimbabwean teacher he accused of failing him.

The 15-year-old allegedly went to the teacher’s home in the early hours of Saturday and started breaking all the windows with stones.

When Kingston Vhiya, a teacher at Bosele Middle School in Manyeding Village near Kuruman, Northern Cape, went outside, the boy is alleged to have hit him with a stone on the chest before stabbing him to death.

A friend who had been with the murdered 42-year-old teacher at the time of the incident said Vhiya had been stabbed after stepping out of the house to try talk to the boy.

“The boy started by throwing stones, breaking windows of the house. He accused Kingston of failing him at school. Kingston told him that he could not blame him for failing and that he should speak to individual subject teachers.

“The boy had broken the windows and was able to pull out Kingston’s phone, which was on the charger, through one of them (windows). Kingston then opened the door but was hit by a stone on his chest,” Zeky Mangei said.

He said he had tried to stop his friend from going out because he feared that the pupil might not have come alone.

Vhiya, from Masvingo in Zimbabwe, started teaching at the school last year.

“Kingston convinced me that they would just talk, to stop the boy from causing more damage to the house. When Kingston opened the door again and stepped outside, the boy repeatedly apologised for his behaviour, saying he was under the influence of drugs.

“The boy said he would come with his parents and they would fix the windows.

“The situation seemed calm and I went back inside the house. A few minutes later, I heard Kingston cry out loud. He said he had been stabbed. I rushed out and found him rolling on the ground.

“It was unbelievable,” Mangei said, adding that the pupil also charged at him with the knife and stones, and then ran off.

They loaded Vhiya in a car and rushed him to Kuruman Hospital.

“On our way there, Kingston kept saying that I should pray for him. I had hope that he would pull through. When nurses told us that he had passed away at about 4.30am, I could not believe it.

“My friend was a humble person and he loved teaching,” Mangei said.

She said the pupil was expected to appear in the Mothibistad magistrate’s court today on a charge of murder.

Northern Cape education spokesperson Geoffrey van der Merwe had not responded to questions at the time of going to print.

Vhiya’s sister, Mpho Mthetha, said the family was devastated. She said his brother had been living in South Africa since 2008.

“I last spoke to Kingston on Monday I’m so sad. He was not fighting with anyone but he was killed.

“It will cost us between R30 000 to R50 000 for the repatriation of Kingston’s body to Zimbabwe. We do not have that kind of money,” Mthethwa said, adding that Vhiya had not been married and had no children.

“It is better that the boy has been arrested. He must face the consequences,” Mthethwa said.

This is not the first incident in which a teacher was killed or was assaulted. In March last year, Priscilla Mncunu, 54, the deputy principal of Laduma High School in Pietermaritzburg, KwaZulu-Natal, was gunned down in front of Grade 12 pupils.

In August, Kate Chiloane was shot and killed by her husband in front of pupils at Sediba-Sa-Thuto Primary School in Bushbuckridge, Mpumalanga.

In October, a Randfontein pupil was suspended after he allegedly assaulted a teacher with a brick.