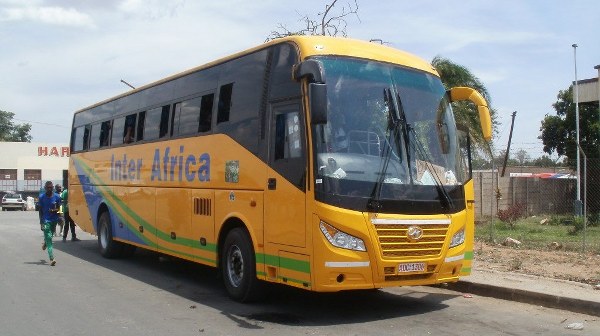 AN Inter-Africa Buses security guard was left for dead following a vicious attack by 10 armed robbers who pounced on the bus company’s Mutare depot and got away with $30 000 after blowing up a safe using dynamites.

The chilling robbery happened last Saturday evening at the depot situated at the periphery of the Nyakamete Industrial Area. The garage is used for parking buses and also has sleeping quarters for bus crew members. It also houses administration offices.

The company’s accountant was also attacked and had his hands and legs tied with electric cables while his manager escaped the onslaught by scaling the prefabricated wall and ran for dear life.

Manicaland police spokesman, Inspector Tavhiringwa Kakohwa, could not immediately give details concerning the robbery when he was contacted for comment. However, detectives handling the matter revealed that dynamites were used to blow up the safe.

Circumstances to the robbery are that Rodgers Jichichi (35) who is employed as a security guard at the depot was carrying out perimeter checks around the garage when he was attacked by 10 unknown robbers who jumped over the security wall into the garage.

One of the robbers used a pick to assault him all over the body. During the attack the robbers took away his Nokia cell phone. The assailants went into Clement Nyabadza’s office who is the manager at the depot.

On sensing danger, Nyabadza bolted from the office, jumped over the wall and went away. He left his office wide open.

The robbers went straight into Nyabadza’s office and took a bunch of keys and a Huawei cell phone. They broke into Davison Hlangabeza’s office who is the accountant.

While inside, the robbers used dynamites to blow up the safe which was affixed to the wall. They stole cash amounting to $30 000. Not knowing what was happening, Hlangabeza came out to check when he heard Jichichi screaming. He fell into the hands of the robber who subsequently manhandled him from behind and tied him using electric cables.

They dragged him out, searched and robbed him of his cell phone. After committing the crimes, the suspects jumped over the wall and disappeared into the darkness. Nyabadza who had escaped the attack went straight to Mutare Central Police Station and filed a report. Detectives recovered a black and white woollen hat at the scene during crime scene investigations.

Jichichi was quickly rushed to Mutare Provincial Hospital for treatment. He suffered injuries on his head.