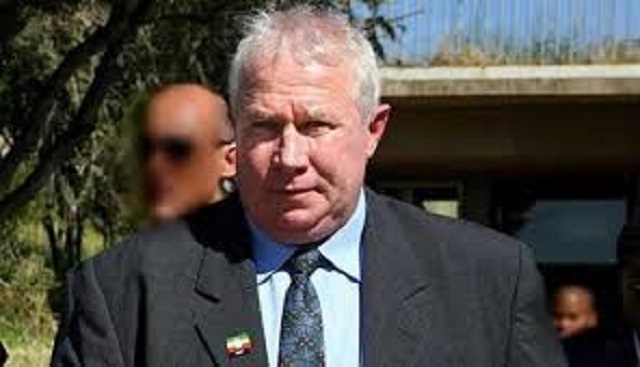 Former MDC-T Treasurer-General Roy Leslie Bennett has died. He was 60.

Sources within the opposition party told My Zimbabwe News that Bennett, a former Chimanimani Member of Parliament, died in a helicopter crash together with his wife, Heather, in Canada.

“I’m devastated as I have just received tragic news about Roy Bennet and wife’s involvement in a helicopter crash while in Canada,” he Tweeted.

Former education Minister, David Coltart said: “I have just confirmed from three separate reliable sources that Roy and Heather Bennett have been tragically killed in a helicopter accident in North America. I am devastated- they were two of Zimbabwe’s greatest patriots. My condolences are extended to their family & friends.”

Bettet was born on 16 February 1957 in Rusape, Manicaland Province to Charles Patrick Galway and Catherina Maria Bennett. He joined the British South African Police in 1974 and left the force in 1978 to train at an agricultural college and began farming in 1980. Before Zimbabwe’s independence, Bennett was also a member of a group called the Selous Scouts.

He became a member of parliament for Chimanimani from 2000-2005. In 2000-2002 was treasurer for the Movement for Democratic Change (MDC). He was member of the MDC standing committee from 2002-2007. He was re-elected treasurer of MDC-T in 2007 and was deputy minister of agriculture designate from 2009-2013 for MDC-T he was never sworn in. Former Zimbabwean President, Robert Mugabe vehemently refused to swear in Bennett as a deputy minister.

Bennet and Heather have left behind two children.