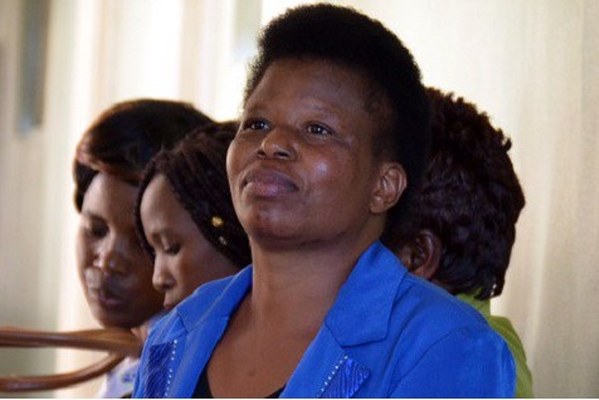 Zwelo Luvuno from Tshabalala suburb in Bulawayo is a heartbroken woman.

She is apparently regretting the day she met her youthful and married ex-lover Bonani Masuku from Mazizini Line in Ntabazinduna, Matabeleland North Province who allegedly lied to her that he was single and searching.

From that day she allegedly started inviting him to her place for sleep-overs but out of anger she ordered him not to come to her place and as solace she found another man she started co-habiting with.

That didn’t go down well with Masuku who started frequenting her place to harass her as punishment for red-carding him.

In a bid to protect herself and her new lover, Luvuno approached the Bulawayo Civil Court and sought a protection order against Masuku.

“I am applying for a protection order against my ex-lover Bonani Masuku, the reason being that he harasses me in public. He also uses v_ulgar language to insult me. We separated after I discovered that he was married.

“Since 2016 he was always coming to my place where we would enjoy as in_timate lovers. I no longer want him to come to my place since he is married and I have since found someone who is single like me,” said Luvuno.

She said she had all but lost her dignity in her community as a result of Masuku’s public name-calling.

Masuku seems to be in a state of despair and accused his ex-lover of double-crossing him.

“Sometime last year I went to the rural areas and when I came back I discovered that she was now cohabiting with another man. I even met her in town with that other boyfriend. When I confronted her she insulted me.

“She didn’t even tell me that it was over and that is why I was always going to her place. Now that she has told me it’s over I will not go to her place,” responded a seemingly pained Masuku.

His response led the presiding magistrate Adelaide Mbeure to grant an order in which he was ordered to stop harassing, insulting and threatening and physically abusing the applicant.

He was also ordered not to phone her or visit her place in Tshabalala suburb.