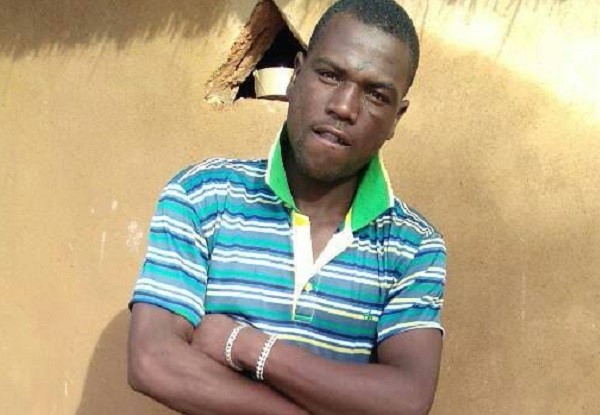 POLICE have arrested two men while two others are on the run for allegedly beating their neighbour to death, accusing him of stealing a dog and satchel in Filabusi.

Mthokozisi Ndlovu (23) of Denje village in Avoca area, under Chief Maduna died about six hours after the suspects allegedly assaulted him and left him for dead in a bush on Thursday.

Police arrested Simon Siziba (33) and Lesley Sithole (35) while Steven Tshuma (33) and Hampton Moyo (33), both of Denje village, are still on the run.

The quartet started assaulting Ndlovu around 3PM and he died around 9PM before he could be taken to hospital.

“We received a report of alleged murder by four suspects. Two of them have been arrested while two others are still at large. The four allegedly assaulted a 23-year-old whom they left in the bush to die over accusations that he stole their dog and a satchel.

“They assaulted the now-deceased with logs until he passed out. When he regained consciousness, he called out for help and was lucky to be heard but he died before he could be taken to hospital,” said Insp Ndebele.

He appealed to members of the public to assist with information that could lead to the arrest of the two suspects who are at large.

“We also warn the public to desist from engaging in unnecessary fights as they only lead to loss of lives or injuries. Police will not hesitate to arrest perpetrators of crime as we aim for crime free communities.

“A dog is not something anyone can assault someone for, let alone, beating them to death like in this case. When in disputes, engage third parties for advice,” said Insp Ndebele.

Village head Mr Edmond Siwela said the behaviour of some men in the community was worrying.

“A misunderstanding arose between the gang and Mthokozisi while they were at Avoca Business Centre. They accused him of stealing a dog and a satchel. As the dispute went on, the gang forcibly dragged him off the shops towards the dip tank. As they force-marched him, they beat him up with logs, demanding that he returns the stolen property.

“He then disclosed where he had hidden the satchel but the gang wouldn’t stop beating him up, insisting they wanted the dog back as well. Mthokozisi passed out and seeing this, the quartet fled from the scene,” he said.

A neighbour, said Mr Siwela, heard faint calls of help as he walked near where Mthokozisi lay and tried to save him but it was too late.

“We are recording killings daily, especially by youths. Most of these wars emanate from grudges from the mining sites. These young men need to learn to value human lives and stop killing people like they are chickens.

“As a community we have requested intensive police patrols as we are no longer sleeping in peace because of these brutal killings,” he said.

Mr Nkululeko Tshuma, a villager and director for Godlwayo Community Development Trust, a community-based human rights organisation based in Filabusi said they were worried about the escalating crime rate in the area.