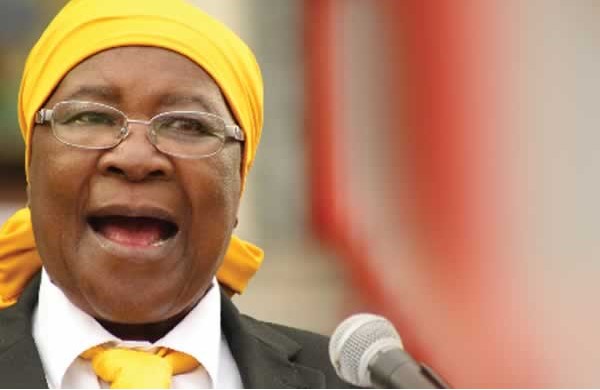 Speaker of the National Assembly, Advocate Jacob Mudenda, notified the House that he had been informed by Zanu-PF that Ms Moyo was no longer a member of the party.

“On the 22nd of January 2018 Parliament was informed by Zanu-PF that Honourable Eunice Sandi Moyo proportional representative for Bulawayo had ceased to be a member of Zanu-PF and no longer represented the interests of the party in Parliament,” Adv Mudenda said.

“A proportional representative vacancy has arisen by operation of the law. The necessary administrative measures would be undertaken to inform the President and the Zimbabwe Electoral Commission in terms of section 39 (1) of the Electoral Act.”

The expulsion of Ms Moyo followed the ejection of 11 Zanu-PF members from Parliament last week and five others in December.

The 17 legislators were part of the G40 cabal whose expulsion was adopted at the Zanu-PF Extraordinary Congress in December following recommendations made at an extraordinary sitting of the party’s Central Committee in November last year.

Meanwhile, the National Assembly yesterday paid their respects to the late Zaka East legislator Dr Samson Mukanduri, who died at his home on Monday.

Following the announcement of his death by Adv Mudenda, parliamentarians observed a minute of silence in Dr Mukanduri’s memory.