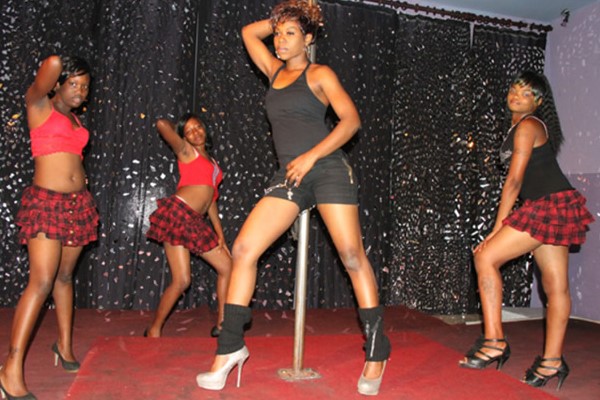 Veteran pole dancer Zoey Sifelani has ventured into the brewing of vodka and bottling water which she has named “Zoey Vodka” and “Zoey Sparkling Water” respectively.The Red Angels front lady told the Daily News yesterday that she had been forced to venture into business due to the dwindling incomes in the dance industry.

“Showbiz is tricky nowadays and the situation has been worsened by the mushrooming of unprofessional dance groups that charge as low as $10 per show.

“Due to this, I have diversified into other income-generating projects such as whisky manufacturing and water bottling,” she said.

Zoey added that she has been impressed by the way her water brand had been accepted by the market.

“My company is made up of eight women and we push volumes in hot areas such as Nyamapanda and Mutoko.

“We are currently using another company’s water purification equipment and if all goes well, I will buy my own machine which purifies water in March,” said Zoey.

Though she claims that her water and vodka business is steadily picking, she ruled out walking from the arts sector.

“We are doing our shows in marginalised areas outside major towns such as Harare and Bulawayo among others where we don’t have these desperate dance groups ready to perform for peanuts. And we are very popular there that there are stand-ins when we are in these areas as people mob us,” Zoey said, adding that she would also be unveiling her second studio album titled Tovhurikira on Valentine’s Day.

“So far I have recorded more than eight tracks. Some of them are collaborations with big musicians whom I am not going to reveal at the moment as I want to surprise the market.

“I am currently rehearsing with a live band as I am planning to come back to the music industry with a bang.

“There are three girls who play the guitar. I am learning how to play the drums because I think I am good at that. The songs on the new album cover all aspects of life,” she said.