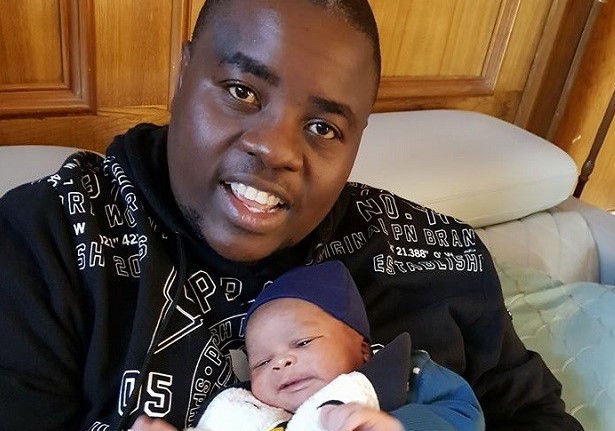 CONTROVERSIAL businessman Wicknell Chivayo is in the eye of a storm after sharing pictures of a DNA test to prove the paternity of his week-old son, sparking a public outcry from people who say he publicly shamed his wife Sonja Madzikanda.

Sir Wicknell, as Chivayo likes to call himself, shared the picture on his Facebook and Instagram social media accounts yesterday morning. And the results from the paternity test conducted at DNA Diagnostics Centre in Ohio, America, prove that Sir Wicknell is 99.999997 percent the father of his son who he named John Chenjera Chivayo.

The paternity test seems to have been ordered by Sir Wicknell after he shared his bundle of joy last week and some on social media questioned the paternity of his child.

While other people were congratulating Sir Wicknell, a number said doubted that he was able to sire a child.

Rather than standing with his wife Sonja, Sir Wicknel appears to have buckled under public scrutiny and decided to have a DNA test to prove that he fathered the infant.

Instead of applauding him, many took aim at Sir Wicknell saying what he did was irresponsible as he did not consider the impact of his actions on Sonja.

Some said his decision suggested that Sir Wicknell believes his wife is untrustworthy and could have lied to him that the child was his.

>“Of all the disgusting and disrespectful things you have done this takes the list. So you didn’t care enough about what this implies to your wife but you wanted to prove to people you have never met that indeed John is your child,” Nomathemba Primrose Ndebele posted on the comments of the picture of the paternity results.

Another Itai Marimbire said Sir Wicknell had humiliated his wife.

“I don’t know why he had to do paternity test and go on to publish them on social media. But I’m thinking how can a man stoop this so low, on your way up you have made many enemies but are they worth you denigrating your wife, emotionally undressing her on public platforms, certainly not,” said Marimbire on Facebook.

Others like Immaculate Dube Mashonganyika Saidi, pointed out that what Sir Wicknell had done would affect his child in the near future.

“So how do you think your son I going to feel after azoudzwa kuti (after he’s told) your ‘Dad’ had to do a DNA test to “prove” that u we’re really his? It’s none of my business but I just had to ask.”