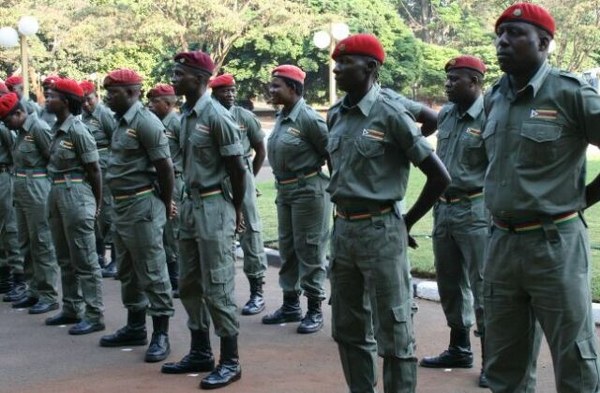 Scores of Zanu PF aligned youths who had enrolled for the State-run National Youth Service were early this month turned away at a training centre here after the government decided to cancel the controversial training programme.

The National Youth Service, popularly known as the Border Gezi training programme, was revived last year by the then youth minister, Patrick Zhuwao after a ten-year break.

Zhuwao is nephew to former President Robert Mugabe. He is reported to have gone into hiding following the removal of his uncle as Zimbabwe’s leader last November.

However, according to lecturers at Mount View Training Centre in Marondera, the programme was aborted at the centre this month following a directive from Sithembiso Nyoni, the Women and Youth Affairs minister.

“At least 90 students had been recruited to start their three month training this January, but they were ordered to return home after Minister Nyoni gave an order to stop the recruitment and training of the youths,” a lecturer at the college confirmed this week.

“We are now only offering our normal vocational training courses,” he said. The youth training programme was revived last year following orders from Mugabe.

The youth training programme was introduced in 2000 by the late Zanu PF national commissar, Border Gezi, with the first training camp being established in Mt Darwin. However, the programme was suspended in 2007 at 150 training centres due to lack of funding.

The youth programme has been strongly criticised by the opposition political parties as a plan by the Zanu PF government to train its youths as storm troopers to cow opposition supporters especially in the rural areas.

News Tanya Mugabe - 17 August 2022 0
A Zanu PF legislator and four others have been arrested for alleged fraud and money laundering amounting to US$5 million. In a statement, the Zimbabwe...

Blog Muza Mpofu - 17 August 2022 0
SHE might have relocated thousands of miles away from our beautiful city, but her appalling shenanigans will certainly not escape Blabber’s long lenses. At some...

News Sekai Moyo - 17 August 2022 0
THE opposition Citizens Coalition for Change (CCC) says it will not be caught napping as the country heads for the 2023 polls. And to ring-fence...

News Muza Mpofu - 17 August 2022 0
FREE STATE police have arrested a 72-year-old gogo for being in possession of drugs and 56 bank cards in Matlakeng, Zastron. According to Sergeant Mahlomola...

Drama at Zaoga church: Man hides in toilet after being caught trying to steal...

News Muza Mpofu - 17 August 2022 0
A 20-YEAR-OLD man has been arrested on allegations of attempting to steal microphones from church premises. Tafadzwa Mufundiwa was denied bail when he appeared before...

News Muza Mpofu - 17 August 2022 0
The almost one million Zimbabweans triple-vaccinated against Covid-19 no longer need to wear masks outdoors in public, Cabinet agreed yesterday but those unvaccinated, or...

News Tanya Mugabe - 17 August 2022 0
PRESIDENT Mnangagwa arrived in DRC yesterday for the 42nd Sadc summit that is expected to push for beneficiation of the region’s vast resources and...

News Tshuma Rueben - 17 August 2022 0
THREE people died on the spot, while six others were injured when the vehicle they were travelling in, an Isuzu truck burst a front...