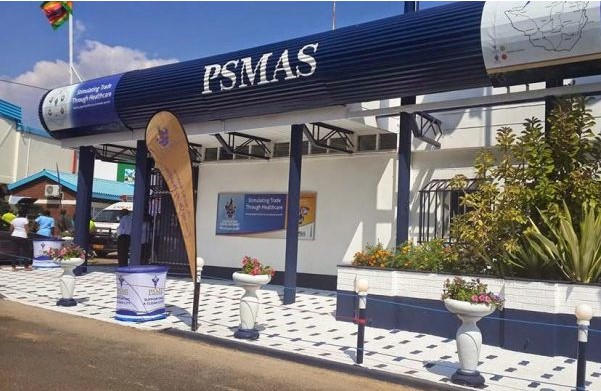 A PROMINENT Bulawayo doctor has taken Premier Services Medical Aid Society (PSMAS) to court for blocking him from treating patients on its medical aid.

In papers before the court, Dr Augustine Mugabe accused PSMAS of trying to “fix” him for taking the medical aid society to court over its failure to pay him outstanding claims.

Dr Mugabe, through his lawyers, Mupanga Bhatasara Attorneys, filed an application at the Bulawayo High Court citing PSMAS as the respondent.

In his founding affidavit, Dr Mugabe said PSMAS’ decision to stop its subscribers from accessing his medical services, was a violation of Medical Services (Medical Aid Societies) Regulations, Statutory Instrument 330 of 2000.

“In February 2016 I received a letter from PSMAS ordering me to stop providing medical services to its members for the simple reason that I had taken the respondent to court claiming my outstanding dues. I started my litigation against the respondent in early 2016 through the small claims court,” he said.

Dr Mugabe said PSMAS’ decision to block its subscribers from accessing his medical services was unlawful and driven by emotions.

“While I was proceeding with litigation against the respondent for the recovery of all overdue claims I continued providing medical services to those of its members who were asking for my services. The law does not allow me to refuse to provide medical services to the respondent’s members who would have produced a valid medical aid card and neither am I allowed to demand cash payments from such members,” he said.

Dr Mugabe, who was being owed more than $40 000 by PSMAS, is seeking an order directing the medical aid society to accept his claim forms dating back to January 2016.

“I cannot be put out of pocket as a result of the respondent’s unlawful decision and trying to bully me. It will be in the interest of justice that PSMAS be made to pay costs of this application. The respondent be and hereby ordered to immediately accept my claim forms, process them and pay as adjudicated within 60 days of submission as required by the law,” he said.

The Small Claims court referred the case on the $40 000 claim to the High Court.The medical aid society is being sued by a number of service providers for defaulting on settling claims.