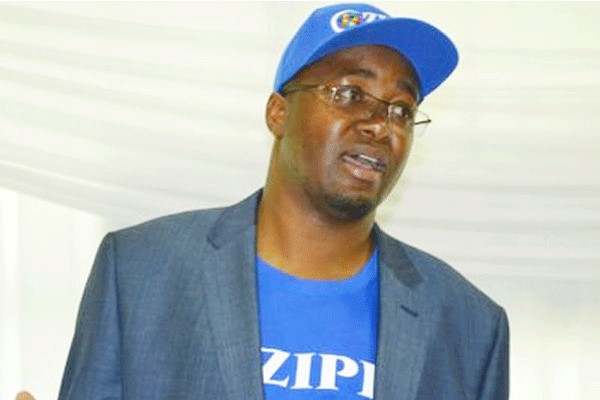 AMBITIOUS Presidential hopeful Blessing Kasiyamhuru and his party have pledged a US$150 billion economy within the first five years of their rule if elected as the country’s new governors during an election due this year.

Kasiyamhuru is leader of the newly formed Zimbabwe Partnership for Prosperity (ZIPP).

On Friday, he led a few party officials to an informal meeting with journalists at the Harare Press Club during which he implored Zimbabweans to vote his party into power as they placed “God at the apex” and was a youthful outfit.

The meeting was held under the Zimbabwe National Editors Forum (Zinef)’s Meet the election candidates series which is set to be a regular forum until elections this year.

The 40 year-old academic said his party, launched in Johannesburg and Bulawayo in 2016, recognised President Emmerson Mnangagwa as the country’s legitimate State leader.

This is despite the controversy surrounding his ascendancy to the country’s most coveted job.

“For us, because we are putting God at the apex, any leader in any generation is appointed by God. We acknowledge the current leadership, our President Mnangagwa and (Robert) Mugabe who was there; he was our head of state,” he said.

Kasiyamhuru is the Group CEO for South Africa’s Global Brands Consulting and is a holder of two PhDs in Public and Development Management with the second being in Development Finance.

Asked why he was confident his party will upstage better established opponents such as Zanu PF and MDC, Kasiyamhuru said they have carried out scientific research of the country’s voter market and was ready to exploit the opportunities identified to poll victory.

The new opposition says it was still setting up its structures countrywide and was 90 percent complete.

The South African based politician said his party will not join any of the current multi-party coalitions formed ahead of elections as its religious inclination does not inspire them to forge alliances with parties that often chant in denunciation of opponents during political gatherings.

Kasiyamhuru said he had enough competencies and experience to turn around the country’s economic fortunes for someone whose professional life has seen him help other economies develop.

“We have been in environments where we consult with governments and we have proved it in different countries where we have added value and helped develop other countries that are 20 times bigger than the GDP of Zimbabwe,” he said.

But the most interesting of the promises came from his deputy, Edgar Magaya who said the fledgling political party had the magic to spin $150 billion within the country’s economy in its first term.

“We already know for example that a ZIPP government needs $150 billion to turn around this economy within the first 5 years we would have done that. The fundamentals of this country are there,” said the 45 year old.