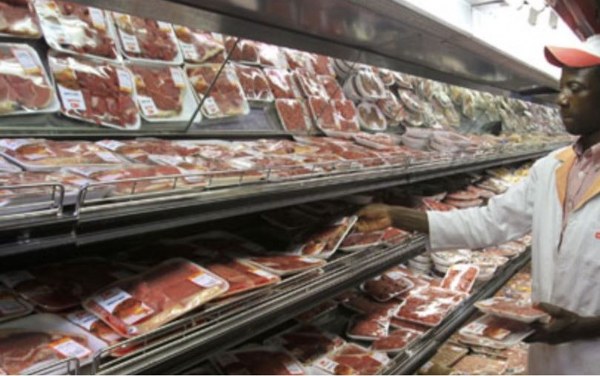 For beef lovers, the time of suffering and paying through the nose for steaks, braai packs and roasts could soon be coming to an end.

Beef prices, which have been increasing for months, recently hitting rates high enough to inspire outbreaks of steak thefts at supermarkets and even the return of cattle rustling, are finally coming down to earth.

A survey by the Daily News in butcheries and supermarkets around Harare suggest that the prices of beef products have significantly fallen, in some instances by up to 35 percent.

For instance, commercial beef, whose price reached a peak of $7 per kilogramme (kg) at the height of the festive period in December last year, has dropped by 35 percent to $4,50/kg in most Harare butcheries while brisket, T-bone and ribs are now selling at $6/kg, a 33 percent reduction from $9/kg they sold for in December.

Prime beef products such as fillet and rump are trading at $8,50, down from the astronomical December peak of $11/kg — a 22 percent decrease.

It is quite a turnaround, given that beef prices have been climbing steadily since last year.

Sector players attributed the decrease of the prices to intentions by authorities.

“There have been widespread consultations co-ordinated by the National Competitiveness Commission (NCC) to try and resolve issues that had been causing the increase of beef prices.

“These interventions were carried out throughout the entire value chain and we basically looked at the issues of fuel prices, inadequate stock feed and such as soya and a number of issues that have been affecting the prices.

“There was a cocktail of measures that were introduced along the entire value chain involving farmers, producers of stock feed, abattoirs and the retailers.

Retailers Association of Zimbabwe president, Denford Mutashu said: “There has been value chain engagement by various sectors which is being coordinated by the NCC. The dialogue is ongoing and the reduction of the price of fuel is one such step.

“Business will respond positively to all good gestures towards addressing the cost drivers in the economy.”

NCC chairperson, Kumbirai Katsande, confirmed the negotiations but refused to give details, referring further questions to Livestock Meat Advisory Council chairperson Reneth Mano who was not answering calls on his mobile phone.

“We have been facilitating consultations and engagements in the beef value chain.

“We have had those discussions but the best person to talk to on the reduction of prices is … Mano who oversees the industry,” said Katsande.

The reduction in beef prices does not mean that the meat is actually cheap, but they have decreased after reaching record highs, and in the grand scheme, many consumers understandably feel that most beef cuts remain quite expensive.

They are cheap only in comparison to the exorbitant prices charged a few months ago, although meat lovers will take any price break they can get.

Best of all for consumers is that beef prices are expected to keep inching downwards in the months ahead, not only in the butcheries and supermarkets, but on restaurant menus where beef is a prime constituent.

What is especially interesting is that given the fall of wholesale beef costs, prices could probably be even cheaper at the consumer level right now.