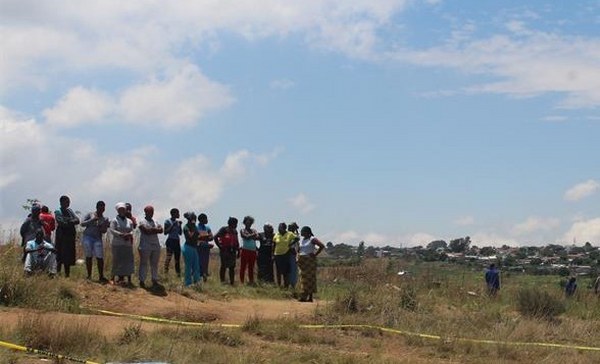 RESIDENTS of Underberg in the KZN Midlands are in shock following the discovery of a body in the veld.

The dead man, an Ethiopian businessman, had three bullet wounds in his chest.

He was discovered by cops on Sunday afternoon after he was reported missing a week before.

He was allegedly last seen with a friend at a tavern on the night he disappeared.

The People’s Paper also learnt that after the businessman left the tavern a car followed him.

A cop said the man was robbed of money.

“We are still in shock because this is the first time something like this has happened in our area,” said the cop.

“The saddest part is that this man is from another country and doesn’t have relatives here.

“I don’t know what will happen to his body as no one knows where his family is.”

In their search for the missing man, the cops went to the tavern where he was last seen to look at CCTV footage.

“The footage showed a car following him,” said the cop.

“We managed to get hold of the owner of the car, who later took us to where he had dumped the body.”

Dr Nkosazana Dlamini-Zuma municipal manager Nkosiyezwe Vezi said: “Underberg is a peaceful area. We are shocked that a man was killed here.”

KZN police spokeswoman Colonel Thembeka Mbhele confirmed that a murder case was opened at Himeville Police Station after a man was shot and killed by two known suspects.

“He was reported missing last Sunday,” she said.

“Two suspects aged 34 and 35 were arrested for murder and possession of an unlicensed firearm.

“They are expected to appear in the Himeville Magistrates Court soon.”