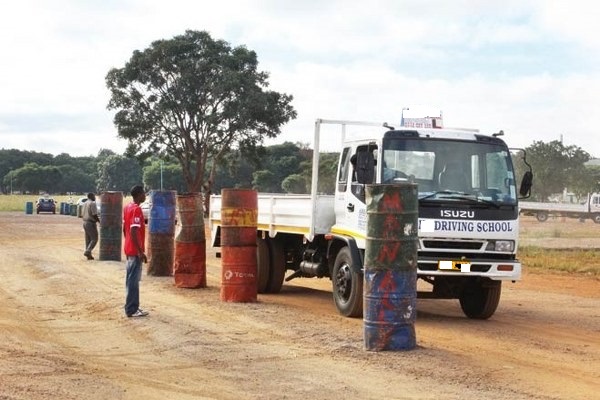 WEDNESDAY 31 JANUARY 2018 NO TO CORRUPTION

The Zimbabwe driver’s licence is an internationally recognised document. We are a signatory to the 1968 United Nations Convention and that is why one can obtain an International Driving Permit upon production of our driver’s licence. Such a permit allows you to drive in other states that are signatories to the same. It is the duty of the Government of Zimbabwe and indeed my Ministry to jealously guard against its status. My Ministry does not tolerate any form of corruption in the issuance of such a valuable document as this damages its reputation. Incompetent drivers have no business on our roads as they are an ingredient to road accidents.

The public domain is awash with reports of Instructors who act as conduits in the alleged corrupt practice. It is alleged that corrupt instructors mention the bribe to a learner driver, collect it, and pass it to an equally corrupt VID Driving Examiner. They obviously share the loot. I would like to warn all driving school owners and their staff that all allegations of corruption will be fully investigated and the long arm of the law will catch up with them. If a driving instructor or an assistant instructor is solely involved, he/she will be de-registered and handed over to the ZRP for prosecution. Where it is established that the School is also involved, we shall ensure that it is closed for ever. Such proprietors will never be allowed back into the driving schools industry.

We have also heard of VID Driving Examiners who corruptly issue certificates of competency and even provisional driver’s licences. May I remind them that I am not going to tolerate such indecorous behaviour from public officials who betray the trust bestowed upon them as government employees. I would like to appeal to the Director Vehicle Inspection Department and all Depot Managers to inform their staff that in this new dispensation, we will not accept any form of corruption. What has been disheartening in this episode has been the defensive approach that the top echelons within the VID have chosen to adopt and in the process harbouring criminal behaviour that is prevalent in their depots. In Shona, we say, “Hapana chiutsi chinoonekwa pasina moto – There is no smoke without fire.” My Ministry will not hesitate to suspend and thoroughly investigate anyone facing such accusations. Within the context of the 100 days action programme I would like to see tangible action being taken on errant officers by the Director responsible for the VID and his Depot Managers. If nothing happens we will retire the top officials to demonstrate our seriousness.Full Text: Joram Gumbo’s Statement On Corruption At VIDs

It is not only immoral but criminal to issue a driver’s licence to a person who will have demonstrated lack of understanding of road traffic rules and regulations. How does one feel when there is an accident caused by someone who demonstrated lack of basic driving skills? How does one feel about rising accident statistics, knowing fully well that you issue licences to grossly incompetent people on a day to day basis?

Any VID Driving Examiner who coerces Instructors to ask for bribes will be dealt with without fear or favour. The recently aired Mai Chisamba Show opened a can of worms. The nation was shocked to hear that public officials are liaising with Driving School instructors to fleece the public of their hard earned cash and at the same time issue licences to grossly incompetent people. It was highlighted that while potentially good drivers who cannot afford bribes are not issued with licences, incompetent and haft-baked corrupt applicants easily get licences.

I was shocked to hear that some officials are so cunning that they test learners and tell them in the face that without bribing they cannot pass. That practice should stop forthwith. Any VID official who thinks that corruption is part and parcel of their DNA must resign with immediate effect. There is no more room for such in government employment and in my Ministry. Keeping such people in our driver education cycle is unacceptable as they are a danger to society and even to themselves.

Depot Managers are hereby advised to be on high alert and fish out all unruly elements within their stations as we do not want to once again hear of malpractices peculiar to certain depots. There are VID Depots that are notorious for corrupt activities. I can name them if you want!

The issuance of a metal driver’s licence and replacement of PDLs is within the mandate of the Central Vehicle Registry (CVR). Anyone who engages in corruption and produces fraudulently acquired documents is a criminal. Such criminals shall be identified and handed over to the police. The CVR is hereby urged to charge only prescribed fees for the processing of such vital documents. Efforts must also be made to speed up the processing period.

2. All driving schools instructors should be trained, certified and monitored regularly. All bogus instructors must cease operating and any schools accommodating such people must be de-registered

3. Renewals by Driving Schools and Instructors must be done timeously and those failing to do so must leave the Industry voluntarily as the ZRP will be roped in to prosecute such people.

4. Driving Schools should be inspected regularly by Traffic Safety Council of Zimbabwe at any reasonable time.

My other plea to prospective drivers is that do not tempt the instructor or VID Driving Examiner by offering them bribes. Please take your time to learn and master the driving skills until such a time you are ready to be tested.