He was 68 years old and had suffered from depression in recent months, according to the government website Cubadebate. 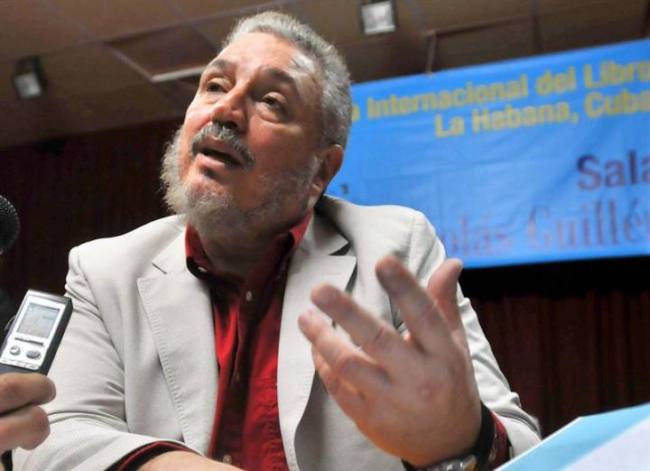 Tall and bearded like his father, Fidel Castro Diaz-Balart was the only child of the Cuban revolutionary leader and his first wife, Mirta Diaz-Balart.

His cousin Mario Díaz-Balart is a Republican congressman in Florida and a staunch critic of the Cuban government.

His mother sent Fidelito to visit his father shortly after Castro took over the island. But Castro never returned the boy, leading his Miami relatives to say he had been kidnapped by Castro.

A young Fidelito appeared alongside his father in Havana in a TV interview with CBS newsman Edward R. Murrow, speaking fluent English and showing off a new puppy.

Fidelito later studied in the Soviet Union and married a Russian woman, according to his official biography. He led Cuba’s nuclear power program until a falling out with his father led to his dismissal.

After his uncle Raul Castro took over as president of Cuba in 2008, Fidelito was named as his scientific adviser and he began to make public appearances again.

In 2015, Fidelito was photographed at a lavish cigar party in Havana alongside model Naomi Campbell and socialite Paris Hilton.

His father Fidel was Mugabe’s best friend. The relationship began before Zimbabwe won their independence (in April 1980). Cuba was supportive of the entire African continent’s courageous battle against settler colonialism. The Cuban government was very inspired by the Patriotic Front between Mugabe’s Zanu and Zapu, which cemented their monumental victory against the Rhodesian Prime Minister (Ian Smith) and his regime. The timing to unite their efforts was a clear illustration of Zimbabwe’s commitment to rid themselves of the shackles of British and Rhodesian colonialism.

News Cynthia Goba - 23 November 2020 0
Deputy Minister for Defence and War Veterans Affairs Cde Victor Matemadanda is out of danger after a health scare. Cde Matemadanda who was at some...

News Muza Mpofu - 23 November 2020 0
MDC Alliance president Nelson Chamisa says institutions such as the African Union (AU) must take a tough stance against leaders on the continent that...
Loading...