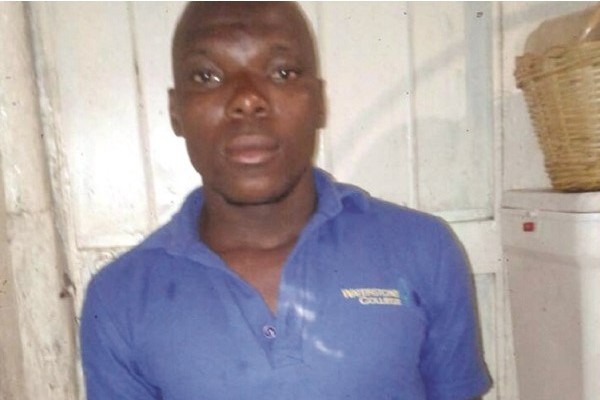 A Nkulumane man exhibited massive take-off speed fleeing from the husband of his pre_gnant girlfriend.

Reason Sibanda (26) bolted out of Brian Maseko’s bedroom and showcased his sprint skills on the road as the latter followed from a distance in a failed attempt to catch him.

Sibanda was busted in bed with Chiedza Ndlovu who is Maseko’s wife.

Days later, Ndlovu told B-Metro that she cheated with Sibanda because her husband last had se_x with her in October last year.

“I was se_xually starved since he (Brian) does not want to sleep with me,” she said.

She claimed that Brian expected her not to have se_x but he was very active with other women whom he brought home.

“He sleeps with other women in my absence on my bed. I have at times cleaned up after them and I dispose of condoms. I have since stopped asking him about it because he beats the hell out of me,” she said.

Despite all the drama, she insisted that she was pre_gnant with Maseko’s seed which would make it two children for the couple. The first born is three years old.

“I am pre_gnant and there are no preparations that have been made,” she said.

But Maseko claimed because of the latest development the child could be someone else’s.

“I’m doubtful the pregnancy is my responsibility. If I had money I would go for DNA tests,” he said. Sibanda refused to comment.