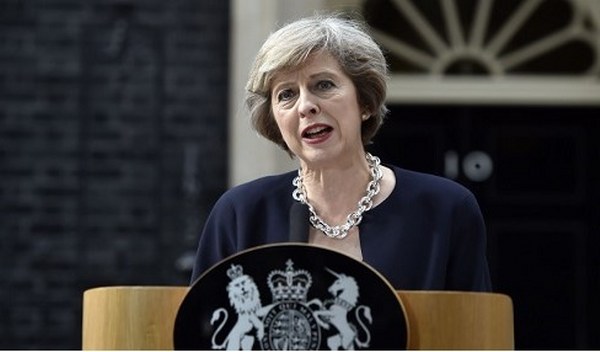 British Prime Minister Theresa May has been impressed by statements made by President Emmerson Mnangagwa so far on economic and political reforms, which have sent important signals around the world about the country’s readiness for investment, an official has said.

This was revealed by Prime Minister May’s special envoy to President Mnangagwa, who is also the British Minister of State for Africa, Harriet Baldwin, following a high level meeting she held with the President at his Munhumutapa offices yesterday.

Minister Baldwin said Zimbabwe and her country were on the cusp of a major diplomatic breakthrough that could see the two countries soon engaging in various investment ventures underpinned on mutual benefit and interest.

She was in Zimbabwe making her first overseas official visit following her appointment as Minister of State for Africa in a Cabinet reshuffle last month.

Briefing journalists after the meeting, Minister Baldwin said she had a cordial engagement with President Mnangagwa and was optimistic about the normalisation of relations between Harare and London.

“I brought a message (from Prime Minister May) that the UK Government welcomes the messages we heard from the new President in terms of his programme for economic and political reforms and we are very pleased to hear that the plans are to hold free and fair elections in Zimbabwe later this year,” she said.

“Obviously, we share with the Government of Zimbabwe our desire for there to be a situation where there is no violence at all on the ground. We condemn all violence and we are keen to see that all perpetrators of any violent activities are pursued with the full force of the law.”

Minister Baldwin said her meeting with President Mnangagwa discussed wide-ranging issues on mutual relations and the new era in Zimbabwe.

“I had a good meeting with the President and I have been able to say to him how much the UK welcomes the statements that he has been making to the media around the world about the future for Zimbabwe, the economic reforms and the plans for the free and fair elections this year,” she said.

“We had wide ranging discussions about a range of other interests. The UK Government very much welcomes statements that have been made about land reform by the Government of Zimbabwe and we support a transparent and fair mediated process around that. So, it is something which is very important as a signal to international investors.”

Commenting on sanctions and Zimbabwe’s possible return to the Commonwealth, Minister Baldwin said: “These are all important issues and we are certainly all aware of these points that have been raised and as you know both of these processes are international processes and the message that we are hearing from the new Zimbabwe leadership is a very positive one and I am sure (we) will engage a wide range of international participants in terms of the steps of implementing changes in the future.”

Minister Baldwin said the UK Government was encouraged by President Mnangagwa’s new approach to the political and economic reforms.

She said deliberations also touched on the recent visit to Zimbabwe by Commonwealth Development Corporation officials.

“The UK obviously is already very involved in (investment) through our Department of International Development in a wide range of assistance to projects right across Zimbabwe and we were also able to talk about the role of CDC organisation within the Department of International Development, which visited Zimbabwe recently and is able to invest in a wide range of projects in the private sector and I think with outline of economic and political reforms that the President has set out, this will send a strong signal to investors around the world,” said Minister Baldwin.

“As you know, the UK has made the decision to leave the European Union and take back control of our own international trade policies. We are very grateful for the engagement from the Ministry of Foreign Affairs here in trying to resolve and make straight forward the future trade arrangements we have with Zimbabwe. Globally, Britain is very much a champion of free trade and open markets.”

The relations soured at the turn of the millennium over the land issue in the wake of the refusal by the Labour administration of Mr Tony Blair to honour obligations entered into with the Tory administration of Margaret Thatcher in 1979.