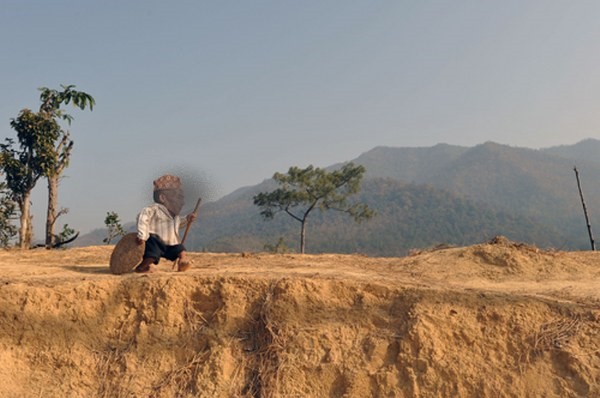 THREE suspected fake prophets allegedly brought a midget to a family in Emakhandeni, Bulawayo and lied to the family that the dwarf was the goblin which was responsible for their son’s mental illness.

The con artists convinced the family to part with $7 000 to cleanse the boy.

This case was brought before the courts following the arrest of one of the conmen and was heard by Bulawayo magistrate Nyaradzo Ringisayi.

Godfrey Manyoka (30) was being charged with fraud and was remanded out of custody on $200 bail.

The court was told that between October 21 and 31 last year, Manyoka and his two accomplices, who are still at large, went to Khumbulani Mkhwananzi’s house in Emakhandeni. The trio allegedly connived to misrepresent to the complainant that they were genuine prophets able to conduct prayers as well as cleansing ceremonies to heal his son who has a mental illness.

The suspects on October 21 allegedly planted weird objects in Mkwananzi’s yard to convince him there were evil things brought by witches resulting in the child’s illness.

It is alleged that they further lied that there was a tokoloshi living in the complainant’s house ceiling which contributed to the child’s illness.

On October 23, they brought with them a dwarf who was completely naked and they claimed he was actually a goblin, known in the local vernacular as a tokoloshi. Mkhwananzi remained outside the house while the three entered the house. The “tokoloshi” started talking from outside threatening to kill the boy if it is not paid with 20 herd of cattle by Mkhwananzi.

The “tokoloshi” said it wanted the cattle delivered to its homestead in Chipinge while the three were busy praying inside talking to it.

Mkhwananzi was made to believe that the utterance by the purported tokoloshi was genuine. Mkwananzi was charged $7 000 by the fake prophets to purchase 20 cattle in Chipinge for the tokoloshi.

On October 24 Mkhwananzi gave the three conmen $5 000 while $375 was transferred into the accused persons’ EcoCash account as payment towards the purchase of 20 cattle in Chipinge and transport for the three to go to Chipinge as per instruction of the “tokoloshi”.

He also made a transfer of $2 050 into EcoCash account of Esinath Nyambo, one of the suspects who is still at large to settle the balance for payment of the 20 cattle. After the payment the three did not go to Chipinge. Through this misrepresentation they swindled Mkhwananzi of $7 351 and nothing was recovered. A report was made to the police leading to Manyoka’s arrest.