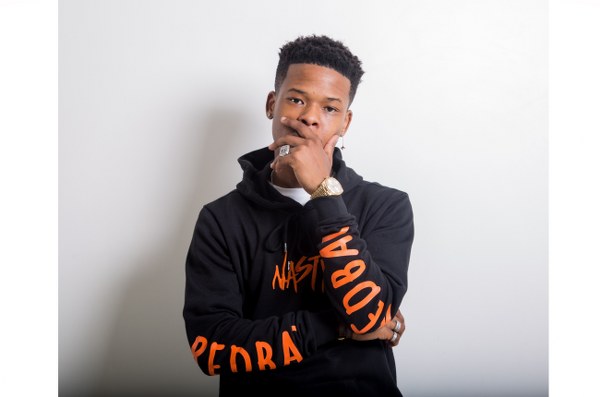 Proceeds from the concert will go towards the Alfred Dondo Foundation (ADF) — a charity organisation that looks after 98 orphans in Chivhu. The foundation which was founded two years ago is the brainchild of local businessman Thompson Dondo.

Nasty C, born Nsikayesizwe Ngcobo, is expected to be the main act at the gig that will feature locals — Winky D, Jah Prayzah, Sam Dondo and upcoming hip-hop star Ngoni Dondo aka King 98.

The Durban-born artist who turns 21 next Sunday collaborated with King 98 on a yet-to-be-named single that also features Jah Prayzah and Sam Dondo.

“Nasty C said that he was willing to come to Zimbabwe for the benefit concert which is slated for August 18 at Borrowdale Race Course,” said Thompson, who is organising the event.

“We are only finalising our deal with Nasty C and in the next few days will start preparations for the concert whose proceeds will go towards the upkeep of orphans in Chivhu.”

Thompson said Nasty C knows what it is to be an orphan since he was raised by his father after his mother died in a road accident while he was very young.

“When we explained to him about the concert, he quickly accepted the offer saying he grew up under such conditions because he was raised up by a single parent,” said Thompson, who is also the executive producer of the forthcoming single that features the South African, King 98, Jah Prayzah and Sam Dondo.

“Proceeds from the single that these guys are working on will also be channelled towards the ADF. We are using the concert as a campaign to mobilise resources for the foundation, particularly clothes to give out to the orphans,” he said.

Thompson, who brought in another South African hip-hop star Cassper Nyovest for a show in Harare last year, said he was optimistic that the benefit concert will be a success.

“We are expecting support from everyone. We will go around schools and tertiary institutions publicising the show, so that we have as many youths coming for the show, which we hope to start early on the day to accommodate students,” he said.

He said the new single, which is being produced by top Zimbabwean based in South Africa producer Ally Keyz, was almost done.

“I did not know that Ngoni was a good singer until I heard Cassper Nyovest saying your son is endowed with a ‘super’ voice. I have helped him to launch his music career by arranging this collaboration with Nasty C, Jah Prayzah and Sam Dondo,” he said.

The award-winning Nasty C quickly rose to prominence and became one of the hottest rappers in South Africa in a year. His popularly tracks include Juice Back, NDA and Hell Naw.

Meanwhile, Dondo was last week conferred with an Honorary Doctorate of Humane Letters by the International Institute of Philanthropy — New York in recognition of the work he has been carrying out that has helped many communities.