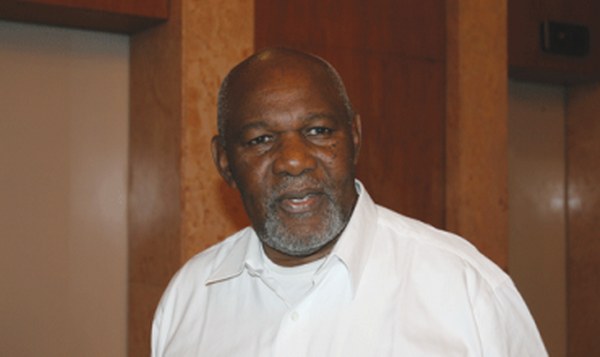 A founding member of the Zimbabwe Liberation War Veterans Association (ZLWVA) John Netsiyanwa has challenged Zapu president Dubiso Dabengwa to come clean on his role in the emotive Gukurahundi disturbances, accusing him and the Zipra command of triggering the conflict back in the liberation war.

Netsiyanwa, a military instructor during the war of liberation who used the nom de guerre Amigo Chirasvo, described the disturbances as a civil war that Dabengwa and former president Robert Mugabe — as the most senior surviving members of Zipra and Zanla forces — should be accountable to explain.

He said if anyone was to blame for the conflict, it should be the one who triggered the conflict who he insists was the Zipra command, of which Dabengwa was a member.

In response, Dabengwa — who is currently out of the country — refused to be drawn into the debate.

“If I agreed to respond to such allegations, do you not think I would be labelled a fool? Is it not even more appropriate that the Zipra veterans, some of whom might have participated in those alleged battles, be the ones to respond?” Dabengwa asked.

Zipra veterans chair Ben Ncube also refused to be dragged into matter. “Netsiyanwa must be mad, just like those handling him are mad. Why should we waste our time even thinking about what he says? Are there no serious people we can listen to from Manicaland?” asked Ncube.

Zapu national spokesperson Iphithule Maphosa said: “Such allegations are from deranged characters. We will not dignify Netsiyanwa’s madness with a response. His relatives and friends must take him to a mental rehab, that’s where he belongs.”

Netsiyanwa said the truth about that era should be interrogated so that the issue finds closure with all victims of the skirmishes being compensated by government as victims of war.

Netsiyanwa said he would challenge Dabengwa for a public debate on what transpired anytime and anywhere, including a live televised broadcast over the issue, adding that the former Zipra commander was playing politics with a sad chapter of the country to try and gain cheap political scores.

He claims the stage for armed conflict had been set back in 1976 at two guerilla training camps in Tanzania where he alleged trained Zipra forces had attacked Zanla recruits.

The two armed groups fought whenever they ran into each other during the liberation war across the country.

The incidents that brought total enmity to the two armed wings, Netsiyanwa said, occurred in Morogoro and Mgagao training camps.

The Organisation of African Unity — now African Union — had compelled the two wings to train and launch operations together, leading to the two forces being admitted into the same camps.

Netsiyanwa, however, claims that about 300 Zanla recruits who went into Tanzania from Mozambique were taken into Morogoro, then a Zipra camp, but were to be attacked at night after some time, forcing them to flee the camp with injuries but without any fatalities.

He was then a recruit at Mgagao.

Three weeks after the incident, they were informed that 450 fully-trained Zipra cadres were joining their camp in spite of having already been trained.

“I was chosen to be part of the security and we would search everyone as they came in and we would discover pockets of poison — five to 10kg bags and various weapons and ammunition which we would book.

“Some of them would refuse to be searched until our then commander, Tizwei Goronga, ordered them to agree to be searched. Some, however, managed to sneak in with the poison,” Netsiyanwa said.

After almost a month after their arrival, he said they volunteered to prepare meals as they were only doing basic military exercises and drills as the group had already undergone military training in Russia. 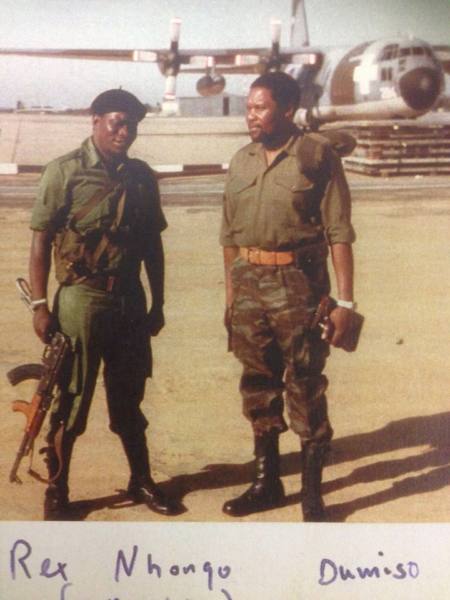 He claims that they then laced the food with poison.

“When they laced the food with poison and placed the plates on the table, the table started shaking and we refused to eat it.

“We told them that our war was spiritual and we were not going to die in a foreign country but back in Zimbabwe.

“Samples of the food were taken to Dar es Salaam where it was confirmed that there was poison. The situation became a lot tense thereafter,” he said.

Netsiyanwa said after a few weeks, Goronga assembled all the Zanla trainees and told them that they had been challenged to do battle by the Zipra wing which was already in the battle field demonstrating their karate skills.

He said there was nothing friendly about the conflict despite both sides not having guns except their commanders who had pistols.

With the gun armoury for the camp locked and the keys being held by the Tanzanian Defence Forces, Zanla only had control of the engineering armoury, from where they took grenades and hid them under clothes as they sensed that the intention of the already fully-trained Zipra element was to kill them and take control of the camp, including breaking into the armouries.

Zipra was being commanded by someone he only remembers as Sam, he said.

“Lining up against each other on the battlefield, only 10 metres away from each other Sam, their commander raised his flag and commanded ‘advance and kill to the last man’ and fired his gun.

“Goronga also fired his gun as a command for us to engage. Armed with hand grenades, we started throwing them and we killed them. There was not a single death from Zanla.

“The battle lasted from about 11am until 5pm and they fled,” Netsiyanwa said.

He said prior to the conflict, Zipra cadres constantly taunted them, saying they would allow them to fight the Rhodesians but they would in turn take the country from Zanla through the gun.

Netsiyanwa said this was where the tiff between the two military wings started and he believes this could not have been ordered without Dabengwa and Lookout Masuku’s knowledge.

“So, it was Sam who gave the first order and who also fired his gun first and he could not have done that without the knowledge of the Zipra command that included Dabengwa and Masuku,” he said.

“We have Zipra graves at Mgagao . . . Dabengwa knows everything, he was the trouble-causer. He should tell the nation everything.

“There is no reason to point fingers at President Emmerson Mnangagwa. He was also not alone in that government anyway. The entire Cabinet, including Enos Nkala, who was Defence minister, and Zipra should be accountable,” Netsiyanwa said.

He, however, revealed that the 5th Brigade was settled for in fighting the insurgency because it comprised of only former Zanla members, considering the mistrust that the Tanzanian clashes bred among the integrated army.

“The brigade was set out to crush a civil war . . . some Zipra cadres deliberately refused to join the army because of this sinister plan to then take over government through military insurgency. Those who were in the army were meant to help facilitate control of military camps and equipment.”

Dabengwa, however, claimed there were only a few former Zipra combatants whom he said were below 100.

Mugabe described the conflict as a “moment of madness” which rights groups and families of victims say was not enough to bring closure to the sad chapter in Zimbabwe’s post-independence history.