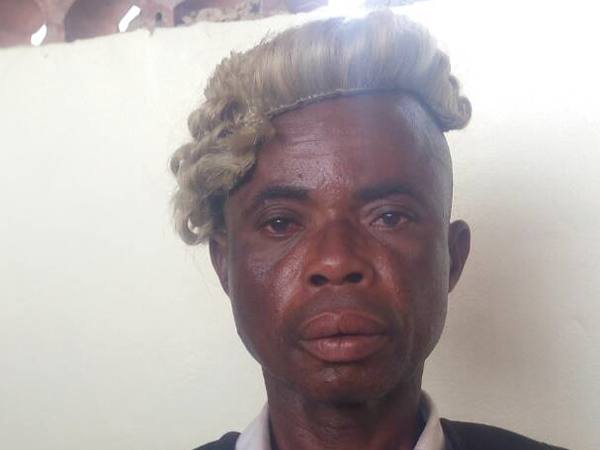 A middle-aged man, who has been ‘working’ as a lawyer for 15 years, was exposed, Tuesday, at a magistrate court in Ojo area of Lagos by his inability to move a motion for bail.

The prosecuting counsel, Nnamdi Nwafor, who observed that the suspect could not move a motion for the variation of the bail condition of the accused, challenged his claim of being a lawyer. It was gathered that the challenge led to a heated argument, which attracted the attention of other lawyers and the court duty policemen, who later subjected the suspect to interrogation.

The suspect, according to eyewitnesses, insisted that he is a lawyer and had been practising for over 15 years. However, on reaching Ojo Police Division, he opened up, admitting that “I am just a ‘charge-and-bail’ lawyer. What I do is to hang around courts, waiting for suspects whose cases are charged to court. “If any of them did not come with a lawyer, I will stand in as one to effect their bail. I have been into this for 15 years.”

When news of his arrest reached the Commissioner of Police, Lagos State Police Command, Imohimi Edgal, he directed that the suspect be transferred to the X-Squad for discreet investigation.

His education, the suspect told operatives of X-Squad that he studied Law at Eastern Ukrainian University, in the former Soviet Union, but was unable to present any certificate to authenticate his claim. Preliminary investigation, according to Police sources, also revealed that until his arrest. The suspect had won several cases in court and had also lost some.

Confirming the arrest, the command’s spokesman, Chike Oti, said: “He claimed he was more into corporate law practice and does little of litigation. “Barrister Chris Elisha also told the Police that he is a native of Avodim Ubakala in Umuahia South Local Government Area of Abia State. “He is currently undergoing interrogation at the X-Squad Section of the state Police Command Headquarters and will be charged to court at the conclusion of investigation.”