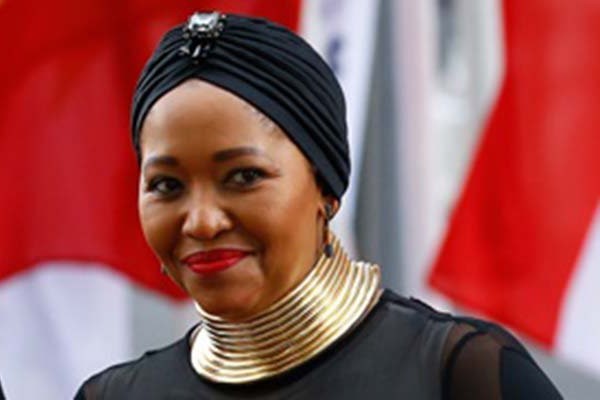 President Jacob Zuma’s wife Tobeka Madiba-Zuma whose husband’s future in the Presidency is uncertain, on Friday finally broke her silence, warning that all hell was about to break loose.

She posted a happy photo of herself and her husband, seemingly inside a plane, from her Instagram account, firstladytzuma, with the following caption in isiZulu:

In the post she praises Zuma, calling him by his clan names before warning that all hell is about to break loose. She also cautions against “picking a fight with someone who is not fighting you”.

Responding to comments on the photo from seemingly unhappy South Africans, Madiba-Zuma, reiterates her warning about rough times ahead and defends her husband.

“Kusazoshipha ukotshi darling. UMsholozi did not join the ANC in 1991, jumped ship nor hip hopped between the struggle and wealth accumulation. He left home at a tender age to fight apartheid. He was prepared to pay the ultimate price. He will finish what he started because he does not take orders beyond the Atlantic Ocean #mattersofthestomach (sic).”

Deputy President Cyril Ramaphosa confirmed that he was in talks with Zuma about his future as the president of the country.

On Friday, News24 reported that five of the top six in the ANC had pulled out of all mass mobilisation events that were planned for Cape Town because officials had been summoned to Gauteng for urgent matters.

Ramaphosa had earlier withdrawn from the programme and was expected to continue his meeting with Zuma. It was also announced on Thursday afternoon that the annual Ubuntu Awards had been postponed until further notice. Zuma had been set to officiate at the awards ceremony at the Cape Town International Convention Centre on Saturday.

On Tuesday, Parliament’s presiding officers announced that Thursday’s State of the Nation Address had been indefinitely postponed amid fears that it might descend into chaos.

The ANC national executive committee (NEC), which is the highest decision-making body in the party, was due to take a final decision on Zuma’s future on Wednesday, but Ramaphosa dramatically cancelled the NEC meeting this week after what he called a “constructive and fruitful” meeting with Zuma on Tuesday.