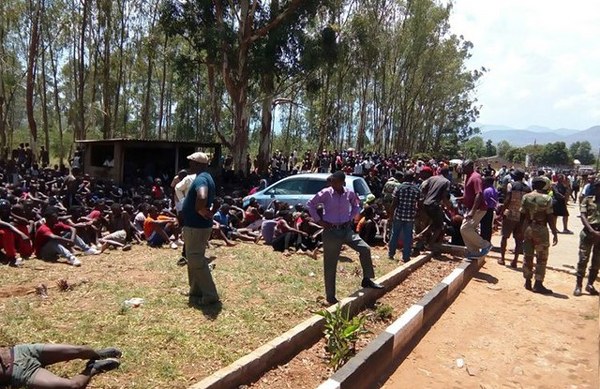 The Zimbabwe National Army yesterday dismissed a notice on social media purporting an ongoing recruitment of soldiers. Some elements have been abusing the social media to cause alarm.

“These false notifications, which are currently in circulation on WhatsApp and online sites, are to the effect that there is an ongoing ZNA recruitment programme for 2018.

“The false social media messages are directing all potential recruits to report to the nearest military institutions in the Midlands, Manicaland, Masvingo, Matabeleland South and Matabeleland North provinces.

“In addition, these false online messages are directing potential recruits to provide contact details to some anonymous recipients so that they will be provided with recruitment forms.

“The Army wishes to categorically state that there is no such recruitment taking place. These criminal elements masquerading as recruitment agents are not representing the ZNA or any of its members in any way,” he said.

Lt-Col Makotore said the ZNA does not recruit through the social media.

“Members of the public must report any suspicious persons masquerading as members of the ZNA on recruitment exercises to the nearest Army camp or police station. The public is free to seek clarifications from Army Recruitment Office on (04) 707459 or Army Public Relations Directorate on (04) 700316 or Zimbabwe Military Police on (04) 790591.”