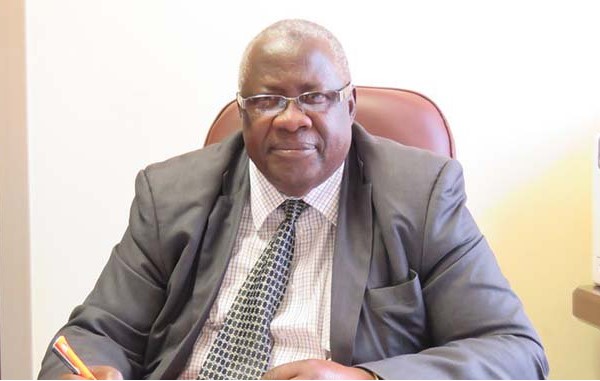 Education sector stakeholders have called for the immediate resignation of Zimbabwe School Examinations Council (Zimsec) management after the shameful leakage of a November 2017 English Language examination paper, with authorities forcing candidates to rewrite the exam.

This comes as despite the outrage, Zimsec yesterday insisted it was forging ahead with the re-writing of the examination, and has already made stop-gap measures to allow pupils to sit.

“Candidates are advised of the critical need to retake this examination as results will not be provided on the basis of Paper 1 performance in this subject.

“All 26 546 candidates registered at 181 boarding schools are assured that these centres have been engaged to enable single overnight accommodation and associated meals for this limited window. The remaining 243 223 candidates at 2 010 registered day school examination centres are expected to present themselves at 0930hrs at the latest in preparation for the 1000hrs examination,” it said.

Affected pupils are expected to re-write the paper on Friday next week.

On Thursday, Primary and Secondary Education minister Paul Mavhima said government arrived at the decision to cancel the examination and order a re-sit within seven days owing to the scale of the leakage.

However, teachers unions and parents yesterday demanded the resignation of the Zimsec board led by University of Zimbabwe vice chancellor Levi Nyagura and its management led by director Essau Nhandara.

Although leakages have become common in annual schools examinations, the latest development is particularly embarrassing since it comes three months after the examination was written.

“The Zimsec board . . . must just resign along with the Zimsec management. This is an embarrassing situation and a mockery to our status as Africa’s most educated nation. It’s an absolute shame,” said Progressive Teachers Union of Zimbabwe president Takavafira Zhou.

“We first raised concerns over safety of the examinations three months ago and they are only taking action now. It is only going to increase government costs and put financial pressure on the parents who have to take their children back to their examination centres. They should just have left it as it was and work on securing the next examinations,” said Zhou.

“We are very worried by this 11th hour decision to nullify the paper. We expect some of the parents whose children will not be able to make it having travelled to many diverse destinations, even outside the country, to sue government over this.

“Who is going to bear the costs to take pupils to their examination centres? The whole Zimsec board and the directorate must resign in shame over this scandal and let new blood which knows what to do take over,” said Nyawo.

Rural Teachers Union president Gibson Mushangwe also added his voice to calls on the Zimsec board and management’s resignation.

“The current Zimsec leadership, from the board to management is a liability and a disgrace to the nation. They can’t keep gobbling taxpayers’ money when they don’t know what they are doing. It’s time for them to bid farewell.

“In 2015, Nhandara told the world that he had five million dollars meant to put in place systems to secure exams, where did he put that money because as this clearly proves it has not been used for its purpose?” queried Mushangwe.

“The drastic action taken by the minister potentially violates section 68 of the Constitution which guarantees the right to fair administrative conduct. It jeopardises the rights, interests and legitimate expectations of innocent kids,” said Magaisa.

Section 68 of the Constitution reads: “Every person has a right to administrative conduct that is lawful, prompt, efficient, reasonable, proportionate, impartial and both substantively and procedurally fair.”

“Parents should approach the courts on an urgent basis to challenge the minister’s directive, which punishes the innocent. If they identified the guilty who are to be banned, why should this affect innocent kids? This is a completely irrational decision,” added Magaisa.

Over the years, there have been calls by stakeholders in the education sector encouraging both the parent ministry and the examinations organ to rethink their strategies, chiefly the logistical part of the matrix.

Heads of the country’s 2 118 examination centres collect the papers at their regional offices and from there; the onus is on them to ensure safe delivery of the papers to the centres and store them safely until the day they are written.

While some school heads have their own vehicles which they use to ferry the papers, others use public transport like buses and it certainly does not reflect well that such crucial documents are to be seen transported on a bus rooftop.

A headmaster on his way from collecting papers in Chinhoyi back to his rural school in Hurungwe decided to put some passengers on the truck only for one of the passengers to disembark taking with him a pack of exams papers. The head only discovered upon arrival at the school that the papers had gone missing.

The other headmaster put the papers on the roof of a bus from Bulawayo only to discover them missing when he reached his destination.

President of the Apex Council, the umbrella representative body for civil servants, Cecilia Alexander said the system should not be allowed to continue.

“We do not have to face the same predictable problem every year. We are coming to a point where we would say teachers should be paid incentives to re-invigilate the exams or boycott it altogether. They should find a way of solving the issue once and for all. It is government’s responsibility to fund the examination process. But what we have seen is the transferring of the responsibility to individual schools,” she added.

A country which boasts the highest literacy rate in Africa at about 92 percent should, find a way of arresting the problem.