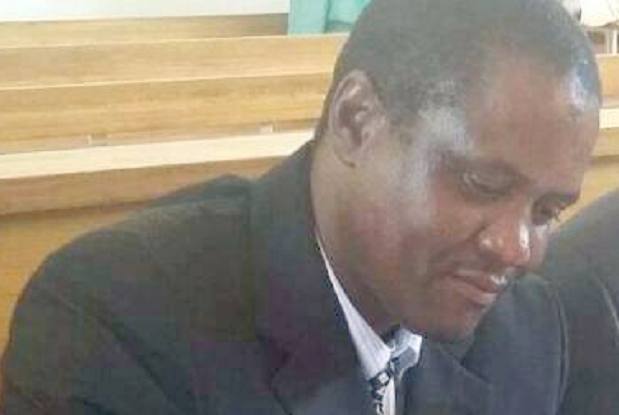 DUPED for eight years of love! A Bulawayo man who was allegedly tricked by his mistress to divorce his wife under the pretext that she was going to marry him caused a rumpus in court when he wept demanding back the engagement ring he bought her during the subsistence of their “turbulent” relationship.

This was after the alleged cheating mistress had allegedly reneged on a promise to marry him.

A heartbroken Thokozani Ngulube (51) demanded that his ex-lover Nokuthaba Ndlovu (39) who deceived him for eight years claiming she was going to marry him after he divorced his wife return the engagement ring because she had failed to deliver her part of the “love” bargain to walk down the aisle.

For the self-employed Ngulube the course of true love ended abruptly when he found Nokuthaba, employed by Bulawayo City Council as a clerical assistant, locked at her other alleged lover Raymond Mpofu’s shop in the city centre.

Ngulube also claimed that Nokuthaba once double-crossed him with his relative only identified as Ndebele who also works for the Bulawayo City Council.

Nokuthaba who kindly surrendered the engagement ring to Ngulube also asked him to give her back her clothes which he was keeping at his place.

The “broken engagement” drama occurred at the Bulawayo Civil Court where Nokuthaba was seeking a protection order against Ngulube saying he was verbally and physically abusing her.

“He is physically abusing me. Initially on my birthday (03 January) he phoned and promised to marry me. I told him I was not going to marry him.

“On that day he found me at a friend’s shop and when I came out he physically abused me. He should move on with his life as I longer love him. He should not bother me, communicate with me or come to my place,” charged Nokuthaba.

He labelled her a serial “home-wrecker” who was preying on married men with the aim of destroying their marriages.

“I never physically abused her, but verbally I did. This was after I found her locked inside the shop of another married man called Raymond Mpofu. I was surprised because she had told me that after work she was going straight home. When I confronted them Raymond told me that they were in love.

“I don’t have problems if she no longer wants to communicate with me. She is the kind of woman I can’t marry because she cheated on me with married men on several occasions. Just imagine she destroyed my marriage after she coerced me to divorce my wife. This was after my wife caught us red-handed in bed.

“I am also requesting the court to bar her (Nokuthaba) from dating married men because what she is doing is very bad. She is only after destroying their marriages,” said Ngulube before he demanded back the engagement ring he bought Nokhuthaba when their love was still “burning”.

In his ruling the presiding magistrate Tinashe Tashaya, who said he could not grant an order to stop Nokuthaba from dating married men, ordered both parties not to abuse each other verbally, physically and emotionally as well as not to visit and communicate with each other.