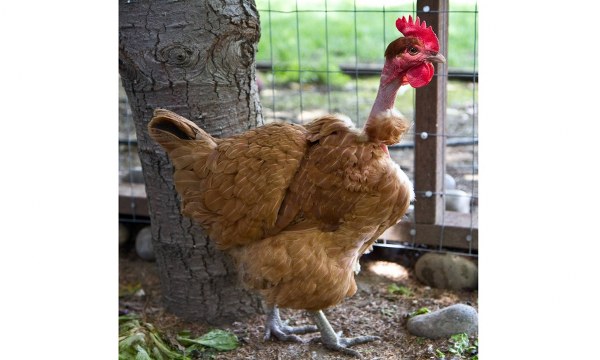 A 61-year old man from Lupane was arrested for allegedly ra_ping a minor, and silencing her with a hen.

The rape incident which allegedly occurred in June 2017, only came to light over the weekend after it was noticed the 10-year-old minor had developed genitaI warts.

The man from a village under Chief Mabhikwa, allegedly committed the crime during the absence of the minor’s mother.

A source who preferred anonymity said the mother of the minor, had gone to St Luke’s Mission Hospital, when the stepfather to the minor decided to rape the girl.

“I can confirm we received a report of a ra_pe case of an elderly man, a step father, who raped a 10-year-old girl in the absence of her mother.

“The mother had gone to the hospital and the man allegedly arrived at home, in a drunken state and ra_ped the girl once, unprotected, while her 12-year-old brother slept next to her,” she said.

Insp Makonese said the suspect threatened the girl, ordering her not to reveal the matter to anyone and he promised her a hen which he later gave.

“We continue to warn members of the public not to leave children in the custody of males, whether related or not.

“Some people, especially men, have become dangerous and heartless in a way that as long when they see a female, no-matter the age, all they think of is se_x. They would rather leave them anywhere else as long as it is in the custody of females,” she said.

A relative who spoke on condition of anonymity said the first ra_pe incident occurred sometime in June.

She said they were not sure if the minor was only raped once.

“Sometime in June, the man who is a step-dad to the minor arrived at his wife’s place at around 9pm and found the minor sleeping on the floor in their bedroom hut with her brother.

“The mother had gone to St Luke’s Mission Hospital for a medical review when the father arrived at home drunk and raped the girl.

“He woke her up and demanded to have sexual intercourse with her and fearing him as the father figure, she complied. He stripped her and raped her once,” she said.

The source said he pleaded with the minor not to disclose the matter to anyone and gave her a chicken as payment.

“The minor did not tell anyone about the incident until the matter came to light when she developed some genital sores and had difficulties walking.

“Her mother questioned her until she revealed the matter,” she said.

The mother reported the matter to the police on Saturday and her husband was arrested.

The minor was referred to St Luke’s Mission Hospital for medical examinations where she is receiving treatment.

Chief Mabhikwa confirmed the ra_pe incident but said he had not yet received the full details of what transpired.

“I received the report of the ra_pe incident but don’t have much detail on the matter yet. It is disappointing to have such heartless elderly people in society. It is a serious crime to ra_pe, and more serious and bad when done on a minor.

“By raping a minor, one disturbs their childhood and in some instance such as these ones, transmits diseases to them.

“Such mean people should be arrested and removed from society. We appeal for a crime free society and plead with members of the public to desist from such barbaric behaviours,” he said.

Sports Cynthia Goba - 4 March 2021 0
Former Chelsea midfielder Michael Essien was hit with a strong backlash in Ghana after he publicly announced his support for the LGBTQ+ community in...
Loading...