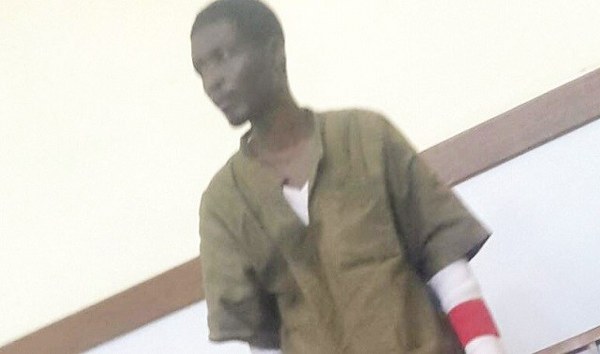 A GOKWE woman whose husband killed her four siblings by torching the bedroom they were sleeping in, has welcomed a decision by the High Court to sentence him to life imprisonment.

In an interview, Ms Privilege Dlomo (24) of Chirima Village in Gokwe said her abusive husband deserved to be removed from society for good following the heinous act.

She said she was still to come terms with the tragedy.

“I am very happy with the sentence by the judge. I feel justice has been done. The fact that he is going to be behind bars for life, brings relief to all of us,” said Ms Dlomo.

She said she doesn’t want to see her husband again as he had brought untold suffering to the Dlomo family.

“We were all living in fear thinking that he could get a light sentence and come back to haunt us,” said Ms Dlomo.

She said she regrets leaving her sisters at the mercy of her husband on the day in question.

Ms Dlomo said she fled from her matrimonial home in Nkayi to her parents in Gokwe after her husband who was in South Africa threatened to kill her for brewing traditional beer for sale to raise money to fend for her three children since he was not sending money.

After her escape, Dube followed her to her parents’ home and she fled again to Insiza where her aunt lives.

He torched the hut in which they were sleeping and they all died.

“I regret fleeing from my husband because he ended up venting his anger on my sisters. They had nothing to do with our problems yet they paid with their lives,” said a tearful Ms Dlomo.

She said Dube started physically abusing her when she was three months pregnant with their first child. She said at one time when she was under attack, she fled into her mother’s bedroom but he followed and attacked her there.

In sentencing Dube, Justice Moyo said he missed the death sentence by a whisker because he had been convicted of a lesser charge of murder with constructive intent.

The judge said even though Dube said he had no intention of killing the four sisters, he was negligent in that he did not first check whether or not there were people inside before setting the hut on fire.