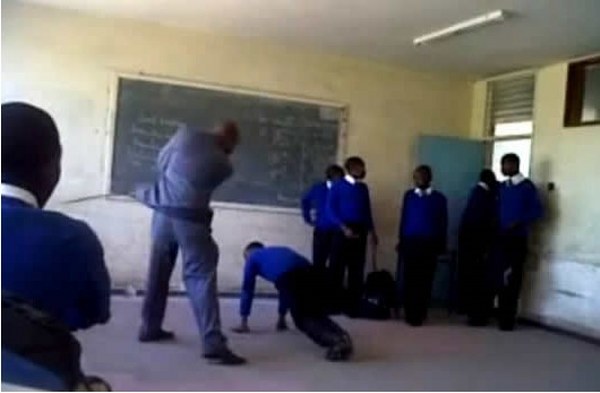 SIXTEEN Form Four pupils at Marist Brothers Secondary in Dete, Hwange District have been suspended after they allegedly ganged up to beat some Form Two boys, injuring three.

The beatings occurred at night last Friday and the alleged bullies were suspended pending disciplinary hearings to be held on Thursday in the presence of their parents.

The victims were accused by their seniors of stealing foodstuffs belonging to the Form Fours.

All the 16, nine of whom are from Hwange and seven from Bulawayo and Victoria Falls, were suspended by the Catholic-run school the following morning.

The Chronicle was told that the 16 boys allegedly pounced on some Form Two boys in their hostel at night.

They allegedly dragged them to their own dormitory where the assault took place.

The Form two boys were interrogated, beaten and made to wash some Form Four boys’ clothes as punishment for allegedly stealing some food.

Hwange District Schools Inspector Mr Germination Moyo confirmed the incident. He said he was yet to get full details as the school had not submitted a report.

“So far I am not privy to the details but the head phoned yesterday (Sunday) to tell me about an incident that happened at the school. I told him to write a report which I am sure he is in the process of preparing. I am not sure about the suspensions but I am still going to get a report from the school,” said Mr Moyo.

He said he was hopeful the school will carry out investigations and engage the pupils’ parents.

If necessary, the school can take disciplinary action.

Parents who attended a meeting at the school on Saturday were told about the suspensions by the school authorities.

The Chronicle is in possession of minutes of the meeting. The alleged bullies were ordered to bring their parents or guardians to school on Thursday for disciplinary hearings.

According to the minutes, problems started when one Form Four boy accused a Form Two pupil of stealing his food.

It is alleged that on Friday at 10PM some Form Four boys went to the Form Two hostel where they manhandled and dragged their juniors to their hostel.

While in the Form Four hostel, they allegedly interrogated, beat up and forced the victims to wash some clothes as punishment.

The Form Two victims reported the matter to the headmaster on Saturday morning.

Three boys were treated and discharged at the school’s clinic.

Efforts to get a comment from the school authorities were fruitless as the headmaster identified as Brother Jacob was said to be out of office yesterday.