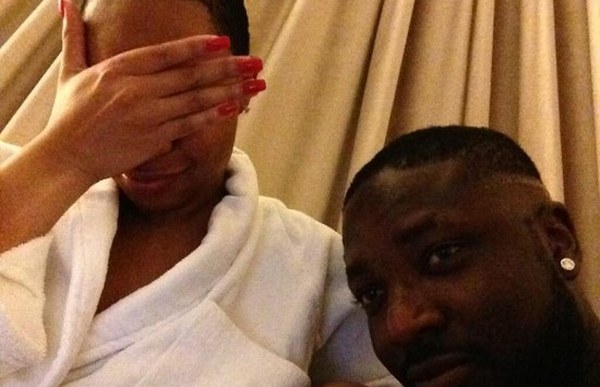 GHANAIAN Elikem Kumordzie and Pokello married for business, not for love, if one looks closely at their union and subsequent break-up.

Posting an Instagram story, The Tailor, as Elikem is affectionately known, said he had called it quits on his four-year marriage to his Big Brother Africa lover openly stating that he made a mistake by wedding the fashionista and socialite.

For close followers of Pokello, this separation did not come as a surprise as it was clear this was a marriage of convenience. Pokello, has, from the time she dated Stunner, somehow portrayed herself as an opportunist who dates people who can promote her brand/business. From the time she dumped Stunner on TV when she was evicted from the BBA House saying she had chosen to be with Elikem instead, it was clear she had realised she was no longer getting mileage from associating with Stunner (a prominent artiste with whom she made a se_xtape that gained her popularity) and was now eyeing a more continental market through her alliance with the Ghanaian.

Now, according to the rumour mill, it appears Pokello has moved on and is now dating a mystery man called Ronald Muzambe.

Muzambe, according to close sources, is quite wealthy as he is a close associate of Pokello’s ‘brothers’ — flamboyant businessmen Genius “Ginimbi” Kadungure and Tazvi “Chief J” Mhaka, probably explaining why she has been frequenting the businessmen’s controversial birthday parties.

With these revelations, it is apparent that Pokello and Elikem’s (Polikem) marriage was one of convenience as each party was in it for the gain of fame. For Pokello it was a business venture to set up her shoe line and also have access to Africa through the West African market and Elikem was her meal ticket.

For Elikem, he was likely in it to promote his tailoring business as he needed to break into the high end African fashion industry where Pokello had links.

Cementing this revelation was one of Pokello’s close friends who said the power couple’s separation was a ticking time bomb as Elikem had apparently become a financial burden to the beauty.

“It was only a matter of time. When Pokello realised Elikem was draining her financially as she had to foot his travelling expenses each time he came to Zimbabwe, she got fed up,” said the friend who requested anonymity.

Elikem, without saying much about his relationship with Pokello, poured his heart out on Instagram through a video of a massive diamond ring captioned:

“I’m definitely not making a mistake on the next one . . . The right one,” teasing his close to 200 000 followers by suggesting that he was planning on marrying again.

Showing that the two have indeed gone their separate ways is the celebration of only their son — Tristan’s birthday. When all was well, the two would post pictures celebrating each other’s birthdays but now, both parties have been mum.

Efforts to get a comment from Pokello were fruitless as her mobile phone was unreachable.