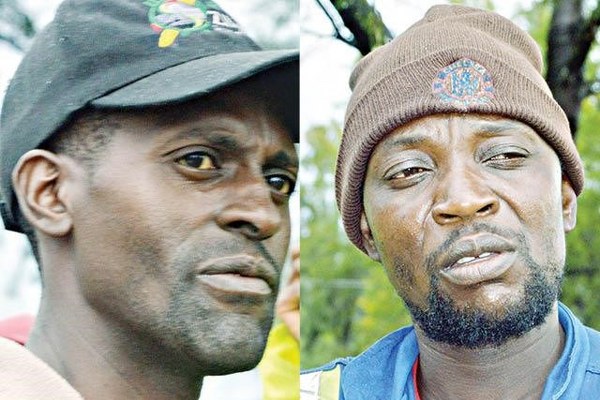 Mr Amos Bells allegedly shot himself once in the head with a pistol at around 7AM and his body was discovered by his employee Mr Phillip Mambwere and a neighbour Mr Silibaziso Nkomo.

“I can confirm that we received a report of sudden death by shooting of a 72- year -old man. I can’t say much at the moment as we are yet to establish circumstances leading to the shooting,” she said.

When a Chronicle news crew visited the scene yesterday at around 3PM, the body had already been taken by police to the United Bulawayo Hospitals (UBH) for a post-mortem.

Some people were still milling around Mr Bells’ house.

When asked for comment, one of the deceased’s daughters said she was not ready to talk to the media.

“What if I say ‘No comment’? I am sorry, am not ready to talk to you and no one can comment as yet. Try tomorrow. Sorry,” said the woman whose name could not be established.

Mr Mambwere said he heard the sound from the gunshot but did not suspect that his boss had shot himself.

“He said he wanted to see Mr Bells because he had tried phoning him the previous evening at around 6PM. That’s when we both decided to look around for the old man.

“We searched around the house and yard only to discover him lying in a pool of blood in the storeroom with a pistol in his hand. We called his wife and neighbours who were equally shocked by the incident,” said Mr Mambwere.

Mr Nkomo said when Mr Bells tried phoning him on Tuesday evening, he could not hear him properly hence he decided to check on him yesterday morning.

“Each time he phoned wanting to see me, I would find him by the gate but today (yesterday) when I didn’t and Mr Mambwere said he hadn’t seen him either, we both got worried and began to look around. We found him dead in the storeroom,” he said.

Mr Mambwere’s wife, Ms Brenda Nyapfundi said she was startled by the loud noise when Mr Bells shot himself.

“As I was taking my kids to school, I jumped to a loud noise as I was walking past the store room. I ran back to my house at the cottages and informed my husband. Our neighbours’ dogs started barking very loudly and we had to keep indoors for a while,” she said. “My husband later went to Mr Bells’ house to look for a drilling machine. He looked for him around the house but didn’t find him. He proceeded to some house in the neighbourhood where he wanted to do some work and only discovered that Mr Bells had shot himself when he came back.”

News Muza Mpofu - 20 January 2021 0
OUTSPOKEN Harare cleric and businessman Shingi Munyeza has surrendered his post as Faith Ministries pastor after he was forced to publicly admit to adul_tery...

News Muza Mpofu - 19 January 2021 0
“UMQOMBOTHI is for our ancestors. Amadlozi are thirsty and angry because they are not drinking umqombothi.” These were the words of traditional healers who have...
Loading...