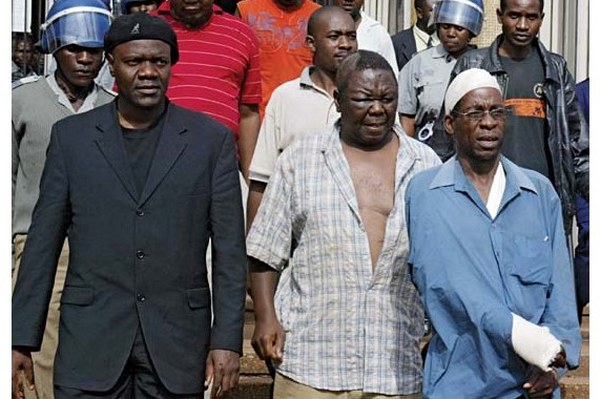 Dr Morgan Richard Tsvangirai (10 March 1952 – 14 February 2018) was a Zimbabwean politician who was Prime Minister of Zimbabwe from 2009 to 2013. He was President of the Movement for Democratic Change – Tsvangirai (MDC-T) and a key figure in the opposition to former President Robert Mugabe.

Here are the key milestones in Morgan Tsvangirai’s life:

10 March 1952: Morgan Tsvangirai is born in Gutu in the then Southern Rhodesia. He the eldest of 9 children of a carpenter, Chibwe Tsvangirai and house-wife Lydia Tsvangirai.

1980: At Independence Tsvangirai joins Zanu-PF and rises in its ranks.

Late 1980s: Tsvangirai becomes the Secretary-General of the Zimbabwe Congress of Trade Unions, a powerful trade union which was to give him a platform to engage in politics in the next decade.

1989: Tsvangirai is arrested and detained by the Zimbabwe Republic Police on allegations of spying for the South African apartheid government.

December 1997 – early 1998: As ZCTU SG Tsvangirai leads demonstrations against the government for raising taxes. The country comes to a standstill as widespread looting takes place, especially in the capital city, Harare.

September 1999: Together with other activists, Tsvangirai founds the Movement for Democratic Change, posing the first significant opposition threat against the Zanu-PF party.

2001 – 2005: Tsvangirai is arrested several times as Zanu-PF works to frustrate him and the MDC

2005: The MDC party splits over a disagreement on a decision to participate in future elections. Welshman Ncube’s splinter MDC is formed.

2007: Tsvangirai is arrested and badly beaten suffering a fractured skull. He is arrested again just weeks after release.

March 2008 Elections: Tsvangirai’s MDC shocks Zanu-PF as he defeats Robert Mugabe in the presidential elections first round. Zanu-PF however unleashes a wave of political violence that results in the death of hundreds of MDC members resulting in Tsvangirai pulling out of the run-off election. Later negotiations with Zanu-PF result in a Government of National Unity.

May 2010: During a visit to South Korea in May 2010, Tsvangirai was conferred with an honorary degree of Doctor of Laws by Pai Chai University, becoming the 13th recipient of an honorary degree in the 125-year history of this United Methodist Church institution.

May 2016: News breaks that Tsvangirai has been rushed to South Africa for treatment over an undisclosed ailment.

June 2016: Tsvangirai discloses to the media that he has colon cancer and is undergoing treatment in South Africa.

2017 – Feb 2018: Infighting to succeeding Tsvangirai starts and escalates in the MDC-T between Chamisa, Mudzuri and Khupe. Reaches unprecedented heights in February 2018 threatening a broken party ahead of the 2018 general election.