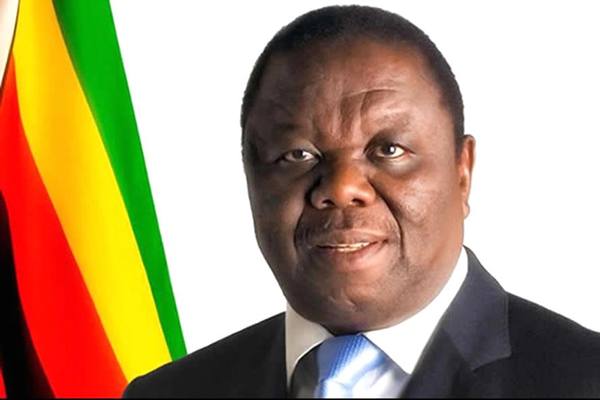 President Mnangagwa’s government has pulled a shocker by turning town appeals by Zimbabweans to declare Morgan Tsvangirai a national hero and, instead, offered the former prime minister a state-assisted funeral.

The body of the late MDC-T leader and former Prime Minister in the inclusive government Mr Morgan Tsvangirai will arrive from South Africa tomorrow (Saturday) around 7 pm aboard an Air Zimbabwe plane.

Briefing the media today, MDC-T Acting President Mr Nelson Chamisa said the body will then lie in state at the Tsvangirai family residence at Number 49 Kew Drive in Highlands, Harare.

On Sunday, the body will be taken to the Robert Mugabe Square for a public farewell.

Thereafter the body will be taken to Humanikwa Village in Buhera where he will be buried next to his first wife Susan Tsvangirai on Monday. This effectively means Zanu PF has refused to grant the veteran opposition leader a national hero status, that the nation unanimously requested.

The development was confirmed Thursday by President Emmerson Mnangagwa, disappointing supporters who felt the veteran politician deserved the country’s highest honour after paying heavily through brutal beatings and incarceration in his fight for democracy.

MDC-T spokesman Obert Gutu said denying Tsvangirai the national hero status does not invalidate his contribution to democracy in Zimbabwe.

“Morgan Tsvangirai, by his deeds, is a national hero. All right-thinking Zimbabweans know and appreciate the fact that Tsvangirai was a resolute, consistent, selfless and passionate fighter for peaceful democratic change in Zimbabwe. He is an icon even if Zanu PF government has not declared him a national hero. We all know that he is a national hero. That is all that matters,” he said.

Meanwhile, Zanu PF has paid tribute to the founding leader of MDC-T Mr Tsvangirai for his immense contribution to the country and teaching the people to tolerate political differences.

This was said by Zanu PF National Chairperson Cde Oppah Muchinguri Kashiri when she visited the Tsvangirai family residence in Highlands today.