Former Prime Minister and MDC-T leader Mr Morgan Tsvangirai has been buried in his rural home in Humanikwa Village, Buhera this afternoon.

Speakers at the burial ceremony described the late Mr Tsvangirai as brave and shrood tactician who fought against all odds to bring a democratic dispensation in Zimbabwe.

Zanu PF National Chairperson Cde Oppah Muchinguri-Kashiri who spoke on behalf of the ruling party and government said the nation has lost a man who was instrumental in bringing a new constitution and democracy.

Mr Raila Odinga of the Orange Democratic of Kenya said both Kenya and Zimbabwe have lost with the passing on of Mr Tsvangirai.

MCD-T acting president Nelson Chamisa called on the MDC leadership to be united.

Several people from the Democratic Alliance of South Africa, ZCTU from Zambia, Moleise Mbeki who is young brother to Thambo Mbeki attended the burial ceremony of Mr Tsvangirai.

Mr Tsvangirai who was given a state assisted funeral succumbed to colon cancer last Wednesday at a private hospital in South Africa. 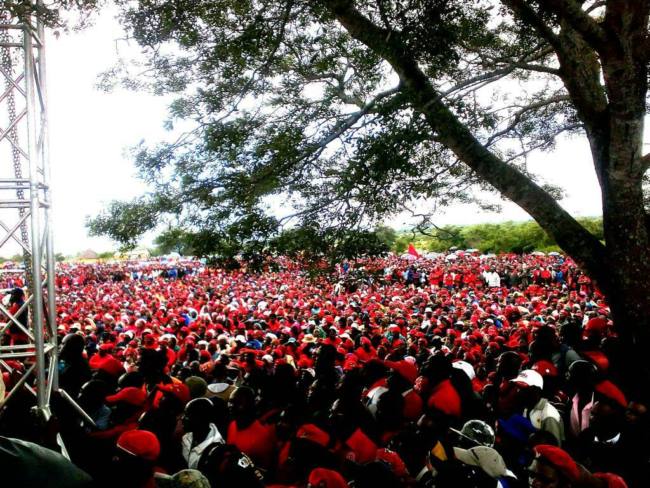 His body was air lifted to his rural home yesterday.

Meanwhile, thousands of people who included politicians, MDC-T party supporters, representatives from the Zambian Congress of Trade Unions and the leader of the popular Democratic Movement of Namibia thronged the Robert Mugabe Square in Harare to bid farewell to Mr Tsvangirai yesterday.