Some 2 000 Zimbabwean students are struggling in Cyprus after being tricked by private universities.

The Minister of Government Scholarships, Chris Mushowe said many of the students were shocked to find that the scholarships they were offered were non- existent. 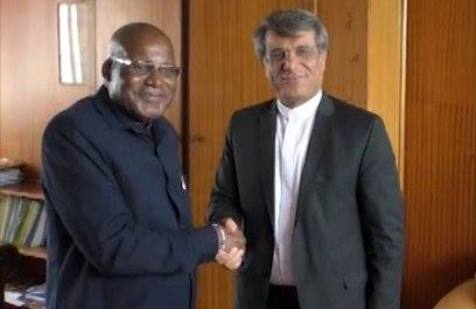 He was speaking during a visit to his office by the Iran Ambassador to Zimbabwe Ahmad Erfanian.

He said students must apply formally to Government so that we put them on our budget. “They should not apply to bogus companies that promise them full scholarships, but when they get to their universities it’s a different story: it’s their marketing strategy.”
Mushohwe said that Government would not cater for students that applied directly to universities.

“There are students who register online privately and get scholarships to attend universities abroad,” he said. “When they get to the university they realise that it can only offer 25 percent scholarship. They then come to us for assistance when they fail to sustain themselves.

“Children should not suffer, it reflects badly on our image as a nation, people are being duped and they end up in trouble. At the end of the day, some will be found on the wrong side of the law, it tarnishes our relationships with other countries.”

Mushohwe said Zimbabwe was interested in tapping into the cutting edge technologies which Iran has to offer by having its students train there.

Ambassador Erfanian said there are 20 Zimbabwean students studying with plans to take in more students.