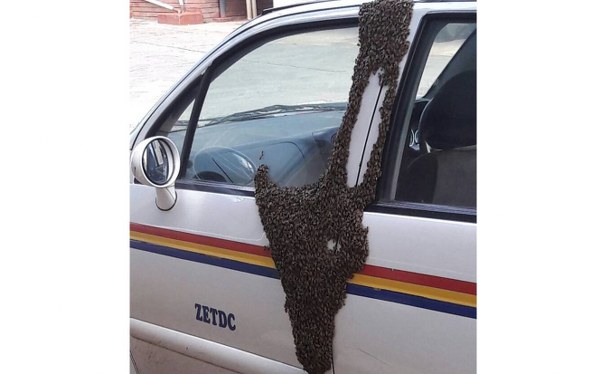 A philandering man reportedly got the shock of his life after his dalliance with a married woman ended in a juju scare.

According to a source, the man and his lover allegedly had their rendezvous at a city lodge which was their usual love nest. As per usual, the couple parted ways after having a good time in between the sheets only to discover the man’ car was swarmed with bees. 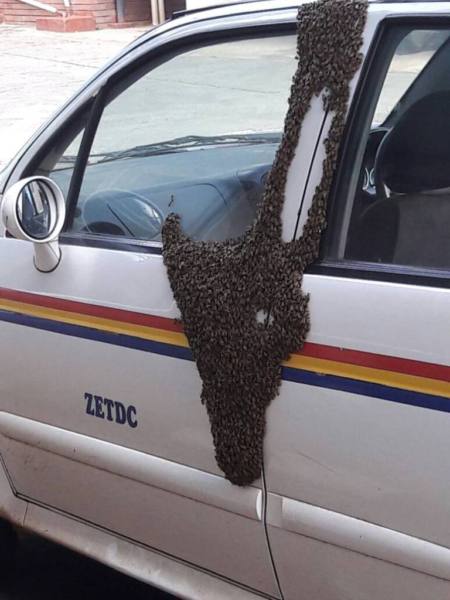 The bees, which seemed to be in their thousands could not be outmaneuvered as they covered the car’s door.

While some believe this to be a coincidental freak of nature, the superstitious folks couldn’t help but imply that the bees were an act of revenge from his lover;’s husband.

National Parks had to be called to intervene in the situation and smoke the bees away.