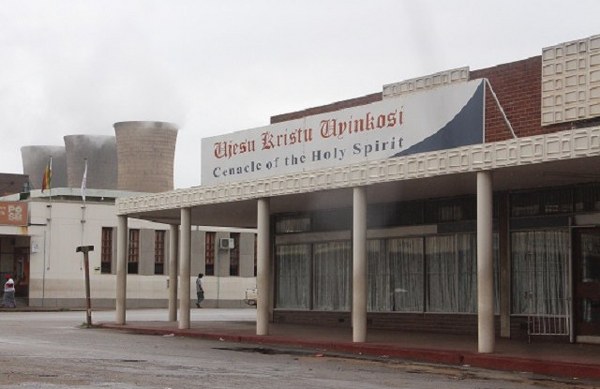 UNIVERSAL Church of God congregants were left tongue-tied when a Bulawayo woman mysteriously died after giving her testimony.

A testimony is usually seen as a good thing as Christians testify what the Lord is doing for them but for Grace it was a different story.

The deceased Mpofu was a popular hair dresser but failed to see the light of the day after she collapsed in church after giving a testimony and died a week later following her failure to recover from partial paralysis.

The chilling incident happened sometime last week when Mpofu attended a church service at Bulawayo Universal Church where she gave a testimony thanking God for the wonders He had done in her life.

However, there was a sad twist when Mpofu fell down soon after finishing her testimony which is allegedly the reason behind her mysterious death.

B-Metro talked to a close relative who asked for anonymity who said they were very disappointed and confused as they were not sure if the testimony was the reason behind Mpofu’s death.

“It is very sad that our family member died this way. She was someone who was a dedicated church member which now turns to be a surprise that she died in the house which she thought was the safest,” said the relative.

“What is more surprising is when all this happened the church did not notify us that she had collapsed choosing to keep her for six hours. We do not know why they kept her in church when they were aware that her condition was critical, that is why we are suspecting foul play,” he continued.

The deceased’s husband left mourners in shock when he asked all church members to leave the funeral.

He was clear that he wanted nothing to do with Universal Church members and their pastors.

A pastor who declined to be named said they did not bother attending the funeral as they were not on good terms with Mpofu’s family. Mpofu was buried on Monday.

Efforts to get comment from the church on the incident involving their deceased member were fruitless as a pastor that invited B-Metro over for a comment asked for written questions that he said would be sent to their lawyers for a response.

News Sekai Moyo - 12 May 2021 0
A Zimbabwean chief has summoned former First Lady Grace Mugabe to appear before a village court to answer charges of “inappropriately” burying the country’s...
Loading...