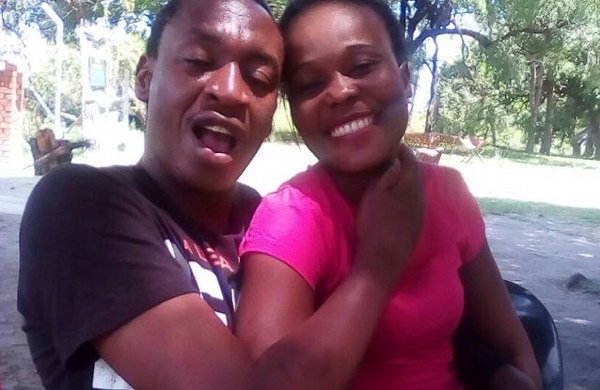 THERE was a dramatic spectacle in Hwange’s Mpumalanga suburb when a husband caught his wife allegedly romping with a lover after he reportedly ambushed them following a tip-off from neighbours.

It is reported that Thabani Mudimba working in Mhondoro got the shock of his life when he walked in on his wife Yabani Mudimba (Nee Nyoni) in a midnight se_x romp with her long time lover George Nyakabawo.

The visibly angry Thabani was reportedly in the company of police officers when he found the pair-Nyoni and Nyakabawo – busy like rabbits having se_x in the latter’s bedroom.

Speaking to B-Metro, a source close to the couple said Thabani who works in Mhondoro was informed by neighbours that his wife was madly in love with Nyakabawo and that during his absence she was always going to his place for sleep-overs.

Following that tip-off and on the day Thabani caught the two lovebirds na_ked in bed he reportedly lied to his wife that he was going back to Mhondoro before he proceeded to a friend’s place which is close to Nyakabawo’s.

Believing that that her husband had truly gone back to Mhondoro, it is alleged that at around midnight Yabani decided to go to her lover’s place for a sleep–over not knowing that her husband lay in ambush her.

“When she left her house going to Nyakabawo’s place, Yabani didn’t know that her husband was ambushing her at his friend’s place which is also close to that of her lover. When she arrived at Nyakabawo’s house, some neighbours who were also monitoring her quickly alerted Thabani.

“Thabani in a bid to have solid witnesses to the two lovebirds’ shenanigans, he quickly went and collected two police officers who accompanied him to Nyakabawo’s house where upon storming it they found the pair na_ked in bed,” said the source.

After being busted, the red-faced lovebirds who were nervously shaking reportedly asked for forgiveness confessing that they had been doing it for a long time and that they had also on several occasions gone to Victoria-Falls for picnics.

The source said following the disturbing incident, Thabani who seems not to have it to forgive is reportedly in the process of filing for divorce. He had also sued Nyakabawo for aduItery damages destroying his marriage.

When contacted for comment, a seemingly distraught Thabani could neither confirm nor deny the incident.

“I cannot comment on the issue now. I can only do that when we have resolved it,” he said.

Yabani could not, however, be reached for comment as her mobile phone was unreachable.