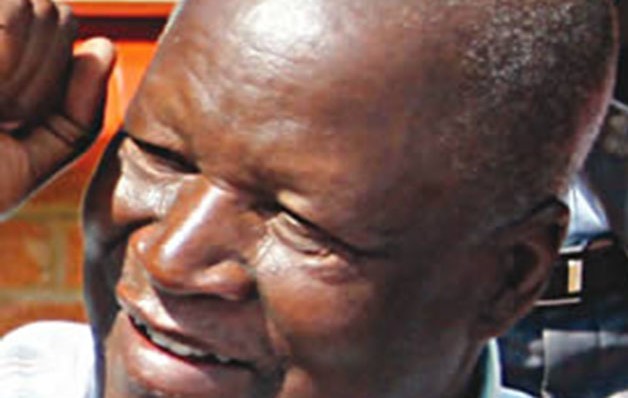 Joseph Macheka gives us an insight on his daughter who has not broken her silence since Tsvangirai’s passing.

“Before she married the former Prime Minister, she had acquired a number of properties including one in Borrowdale and her businesses were doing quite well

I am saddened in burying my son-in-law, Morgan Tsvangirai. He was a good son-in-law with whom I had an excellent relationship.

Despite coming from different political parties, we had a cordial connection which was filled with mutual respect.

My daughter gave me regular reports about his illness and she remained hopeful that he would get better.

She was extremely stressed all the time, but I always encouraged her to remain strong and continue to play her role as a wife.

In many of my interactions with the former Prime Minister, our conversations were filled with humour.

On many occasions, our discussions centred on politics.

We often joked about our political rivalry, him being leader of the main opposition and me being a National Consultative Assembly member for the ruling party Zanu-PF.

He often joked that I should join his party, but I extended the same offer to him, to join Zanu-PF.

Our modus vivendi on our political differences is something that other people can draw lessons from because belonging to different political parties should not be a cause for conflict.

I often told him that I would never leave Zanu-PF to join MDC because that would not be a wise decision to follow a son-in-law’s preferences because I have five daughters who can still get married to husbands from other different political parties.

Mr Tsvangirai also told me that when his relationship with Elizabeth became known in the public, a delegation of the female leadership in the MDC asked him not to go ahead with marrying my daughter.

The MDC leaders told him that marrying Elizabeth would be akin to getting into a marriage with Zanu-PF.

But I admired his magnanimity because he remained humble and respectful to us, his in-laws, despite our political differences and the pressure he faced from his party.

I feel very sorry for my daughter because the last few months have been shattering for her. She stood by her husband during his illness.

She lost a lot of weight during this painful period and even though it was not easy, she soldiered on.

I am convinced that as a wife, she played her role as best as she could and she really could not have done anything more.

There was a time when Mr Tsvangirai suffered a bout of illness while on duty, it must have been in Kadoma, where he vomited profusely.

To show her love, Elizabeth cleaned up the vomit with her bare hands.

This shows how much she loved her husband.

A lot has been said about how she was treated at the funeral, but for us as a family, we were not really focused on that.

Our focus was on making sure that we did our part in giving our son-in-law a decent burial. We bear no grudges with anyone and we have no problems at all with the Tsvangirai family.

I am particularly sad for Elizabeth because this is not the first time that she has lost her husband.

She lost her first husband, Mabasa Simba Guma, in a tragic accident so it is dismaying that she is facing another tragedy when she is still relatively young (42).

Growing up, Elizabeth was always a hardworking woman.

She was always business minded and even before she met Mr Tsvangirai, she had acquired her own fair share of wealth which was a very commendable feat for someone at her age.

Before she married the former Prime Minister, she had acquired a number of properties including one in Borrowdale and her businesses were doing quite well.

She had a chain of stores in the city and she flew regularly to countries such as China and Dubai to buy merchandise for resale.

Her entrepreneurial skills started at a very young age when she was very involved in the buying and selling of farm produce from farms surrounding Chitungwiza.

From these humble beginnings she grew her business interests. It is painful that some people think that she married Mr Tsvangirai for his status. Nothing could be further from the truth.

I know very well that is not the case because my daughter is a hardworking woman.

She only married Mr Tsvangirai because she truly loved this man, whom I also developed to admire a lot because he was a good man.

I know that the two loved each other and it was genuine love that was not driven by anything else.