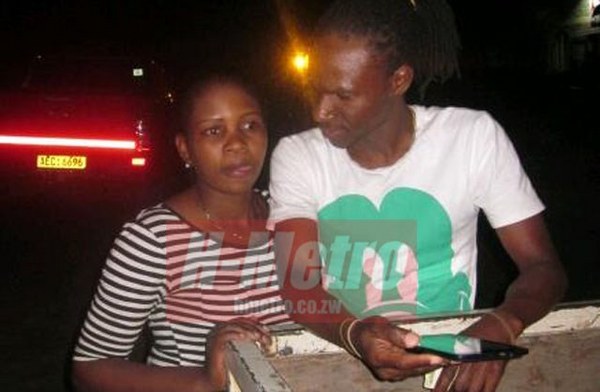 A HARARE couple’s marriage has collapsed after a woman introduced her boyfriend to her husband as an uncle.

Clayton Nyakuwanana, 28, of House No. 5831 in Waterfalls is counting his losses after his wife, Mavis Kandemiri, 21, cheated with Devon Shava a few months after he paid lobola.

Nyakuwanana said he paid lobola for Mavis last year in May but could not get the chance to live under the same roof with his wife since Mavis’ parents advised him to finish paying lobola.

“I paid lobola last year in Murewa but my wife’s parents said it was not advisable for me to stay with Mavis because my finances could not finish up the procedures. I did not have enough money, only $500.

“But after that, Mavis started pushing for us to stay together against her father’s advice. She started telling me that I was not man enough because I was taking time to finish paying lobola,” said Clayton.

Clayton further highlighted that he got another $100 which he wanted to use to finish off his lobola payment but was shocked to hear Mavis tell him not to bother clearing lobola arrears because she no longer loved him.

Clayton said he became suspicious of Mavis’ moves when he visited her in Mabvuku to try and iron out their differences and found her in Shava’s car whom she introduced as her uncle.

“I then took her phone and found pictures of Mavis and Shava in a compromising position. I was shocked what kind of uncle would do such instead of giving advice to his niece if he was a genuine one.

“Each time I talked to her about Shava, she said ndisiyane nenyaya iyoyi because haadi kunetswa. Now I think I need to be refunded my money and all my groceries because this is not the way things are done,” explained Clayton.

Clayton said he is no longer interested in having Mavis back in his life.

When H-Metro contacted Shava for confirmation, he demanded that the matter be discussed at his place so that he “gives a true explanation of what happened”.

“Hazviite ka kuti nyaya ingotaurwa kuma paper ikoko. Huyai kumba ndikuudzei zvakaitika. I am telling you the truth. I am an uncle to Mavis. This guy is just bitter because he did not stay with his wife. Akaroora akabva angorambwa,” said Shava.

Asked about pictures that were taken of him and Mavis in a compromising position, Shava said they are just coming from a person who was divorced.

“About pictures, Mavis ndiye aiwatora achiti anoda kusvotesa Clayton. If you want you can publish them but I tell you that I have nothing to hide because even my wife knows we are related to Mavis,” he added.

Pressed further, Shava however confessed that he was in love with Mavis.

“I am in love with Mavis,” he confessed.