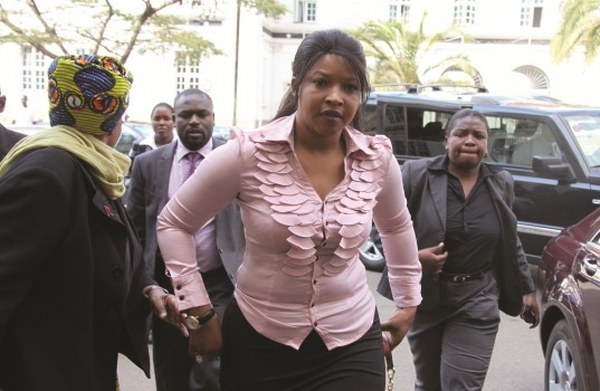 THE late MDC-T leader Morgan Tsvangirai’s children have reportedly been locked out of their father’s Highlands mansion by their stepmother, Elizabeth Macheka.

The children, all adults, have now relocated to Tsvangirai’s old home in Strathaven suburb, Avondale, following the burial of their father at his rural home in Buhera last Tuesday.

The former Prime Minister’s younger brother, Manase confirmed the development, but said negotiations were still in progress to resolve the dispute.

“I have not seen the children, but I have been called and advised of the development,” Manase said.

“I can confirm they are now staying in Strathaven. The children have advised me that upon their return from burying their father, they were told by their mother (Elizabeth) that she was no longer able to stay with them and they should find somewhere to go. I will go and see them and find out how best the issue can be attended to.”

Although Manase did not give details of when they were sent-packing, well-placed sources told NewsDay they were told to leave last Thursday upon arrival from Buhera, where they had attended their father’s burial on Tuesday.

Tsvangirai reportedly sired about 10 children with different women, including six with his late wife, Susan, but had none with Elizabeth.

Although Elizabeth could not be reached for comment yesterday, she confirmed to the United States-based radio station, VOA Studio 7, that she had barred some of the children from visiting the mansion, citing their bad relations.

Her lawyer, Harrison Nkomo also told Studio 7, Elizabeth had rights that needed to be respected by Tsvangirai’s family, as she was still married to the former premier before he died.

Nkomo told NewsDay yesterday that he would only comment when the matter had been brought to court.

The late Tsvangirai’s spokesperson, Luke Tamborinyoka was not reachable for a comment, but a source close to Macheka said the former PM’s wife had no problems with the two children, Richard and Miriro and had offered to pay their fees.

“She only has problems with Vincent who wanted to beat her up while they were in South Africa where Tsvangirai was receiving treatment for colon cancer,” the source said.

Elizabeth returned to Harare on Tuesday soon after her husband’s burial, after she had been left out of the proceedings which were dominated by Tsvangirai’s in-laws from the previous marriage.

She allegedly claimed that she was ordered to leave the Tsvangirai homestead soon after burial.

But in one of her WhatsApp chats with her late husband’s relatives, where she was asked why she had left before conclusion of the family rituals, she said her father, Joseph Macheka (Zanu PF national consultative assembly member and former Chitungwiza mayor), had advised her not to stay behind.

Tsvangirai’s widow was exposed to public humiliation at the funeral after her mother-in-law, Lydia Chibwe Zvaipa appeared on national television threatening to commit suicide if she and acting MDC-T acting president Nelson Chamisa set foot at the former Premier’s funeral.

It was not yet clear why Tsvangirai’s mother did not want her daughter-in-law to attend her son’s funeral.