The Zimbabwe Electoral Commission (Zec) has cut ties with its chief elections officer, Constance Chigwamba, after she fell out of favour with commissioners at the electoral management body, the Daily News can report. 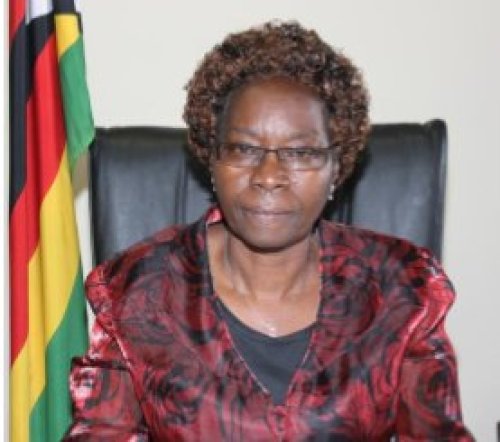 A former permanent secretary in the Office of the President and Cabinet, Chigwamba was seconded to the post of Zec chief elections officer in June 2015 by former president Robert Mugabe.

The Daily News can reveal that she was handed a letter terminating her employment with the commission after the Zec board’s meeting of Friday last week, advising her that she was being sent back to the Public Service Commission (PSC) with effect from March 1.

Zec chairperson, Justice Priscilla Chigumba, told the Daily News yesterday that the decision to have Chigwamba recalled was arrived at by the commissioners who unanimously felt that having a chief elections officer on secondment from the PSC undermined the organisation’s independence.

“It was a unanimous decision made by all commissioners resolving to send her back to the PSC with effect from March 1 in order to guarantee the independence of Zec processes going into the elections,” Chigumba said.

This was corroborated by Zec deputy chairperson, Emmanuel Magade, who said the decision to have Chigwamba recalled was an internal process and that there was no interference from anybody from outside of the commission.

Chigwamba, who could not be reached for comment, had since her appointment in 2015 continued to earn her pensionable remuneration such as salary, housing and representation allowance from the PSC while also drawing allowances from Zec.

This, according to Zec commissioners, was in violation of Chapter 2: 13 of the Electoral Act.

In terms of the same Act, it is the prerogative of the electoral management body to hire or fire and pay the commission’s chief elections officer in order to maintain its independence.

While the reasons behind Makarau’s exit from Zec are not known, speculation has it that her resignation was part of the domino effects arising from Mugabe’s ouster.

The opposition had on a number of occasions called on Makarau to retire from Zec, accusing her of being too close to Zanu PF and Mugabe, in particular.

Makarau had also faced criticism of being captured by the Generation 40 faction, whose members are being hounded out of the ruling party, with some of them now living in self-imposed exile.

Some sections had also complained that Makarau had too many roles as she was allegedly drawing three separate government salaries: Justice of the Supreme Court of Zimbabwe, secretary of the JSC and chairperson of Zec.

Some legal experts had also argued that it was improper for her to hold dual roles as both Zec chairperson and JSC secretary as there was an apparent conflict of interest between her two full-time jobs.

Zec insiders claimed yesterday that Chigwamba had managed to survive at Zec for all these years because she was being shielded by Makarau from facing the chop.

Apart from her drawing allowances from Zec and the PSC, the chief elections officer had also lost trust and confidence of Zec staff and commissioners which made her position with the electoral management body tricky and untenable.

At time of going to press no public announcement had been made as to who the acting chief elections officer will be.

Her departure comes as the Zimbabwe Anti-Corruption Commission (Zacc) is in the process of investigating Zec senior management over what appears to be irregular purchase of tents, computers and stationery for election-related purposes back dating to the 2013 general elections.

Zacc had been furnished with documentation regarding senior Zec officials who allegedly flouted tender processes in exchange for kickbacks and bribes.

It has not yet been established how much government was prejudiced as a result although insiders believe the loss suffered by the State runs into hundreds of thousands of United States dollars.