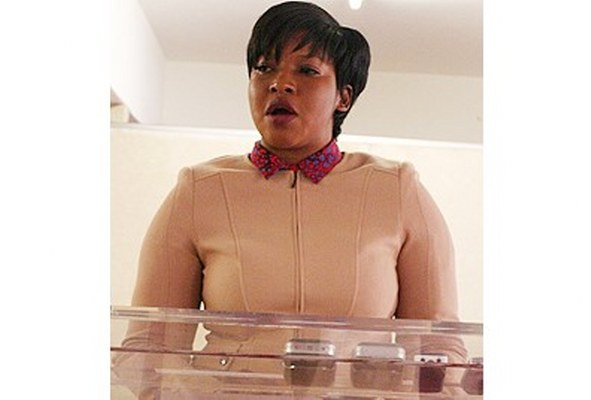 The wife of the late opposition MDC leader Morgan Tsvangirai is being accused by her late husband’s family of kicking out the former prime minister’s children from the couple’s Highlands mansion, an allegation she strenuously denied yesterday.

Tsvangirai’s brother, Manasa, claimed yesterday that two of his late brother’s children — Vincent and Miriro, from another of the late MDC leader’s wife — had been kicked out of the palatial home in Highlands, Harare.

“I have not been there but I have been told that some of the children were told to pack their things and leave the place,” said Manasa.

“Yes, Miriro and Vincent were told to leave, we are still sorting things. I will go when I find time. For now, I am still sorting out some more important things,” he added.

Yesterday, Tsvangirai’s widow rubbished the allegations in an interview with the Daily News.

“I am still in mourning, but it is not true that any child has been locked out,” said Elizabeth.

Elizabeth told the Daily News that she was actually in the process of arranging tuition for Richard junior since he is at university.

She said: “People must not lie that anyone has been shut out even though some of them know what they did while my husband was sick in South Africa. I don’t want to talk about that now but people should not lie on top of their ill-treatment of me and their lack of respect.”

The latest development comes as the grieving widow has faced unprecedented persecution by her in-laws from the time her husband has been on his deathbed to the day he was laid to rest in Buhera last week.

Tsvangirai was buried in Humanikwa village on Tuesday last week after his body was flown back home from South Africa where he died in a private hospital.

Elizabeth was forced to leave Humanikwa village soon after the burial of her husband, unable to attend post-burial ceremonies after suffering relentless abuse at the hands of her late spouse’s family members.

According to Shona tradition, soon after burial of the deceased, precautionary rituals are usually performed to purify those concerned with the funeral, especially the wife, to prevent the spirit from returning from the grave to trouble those left behind.

Elizabeth did not participate at all in any core-funeral and post-burial ceremonies.

The torment endured by Tsvangirai’s wife has been roundly condemned as “nothing short of a disgrace”.

The Daily News has already reported that the Tsvangirai family has severed ties with the former prime minister’s widow as it girds its loins, ready to strip her of property and evict her from the majestic Highlands mansion.

This may, however, turn to be an uphill task because, legally, the surviving spouse inherits whatever would have been left behind by her husband or wife, unless there are special circumstances inhibiting this.

While Manasa claimed they have not yet deliberated on his brother’s estate, he made it clear that the children should get the lion’s share.

“We are still discussing the way forward,” he told the Daily News.

“We will take our time. If a person has been working, mdara akashanda (Tsvangirai was a hard worker) and he was working for his children; he was not doing that for us, his brothers, but for his kids. Children should benefit and not anyone else, every man works for his children.

“Even if you are married, children should benefit first. Even when you have done things with your own hands you would say I have built this and that for my children and not for yourself. The children are the inheritors and not anyone else,” said Manasa.

The Daily News has reported that before his death, Tsvangirai consulted his lawyer Innocent Chagonda of leading Harare law firm Atherstone & Cook about his estate more than three times, apparently fearing that his beloved spouse would become a victim of property grabbing by his relatives.

The top Harare lawyer said Tsvangirai consulted him to determine whether probate was necessary, and to assess if there may be any problems or contentions, saying the settlement would offer him priceless peace of mind.

Probate, or estate administration, is the process by which a deceased person’s property, known as their “estate,” is passed to the heirs and beneficiaries named in their will.

Chagonda said he offered him sound legal advice. He declined to state what legal advice he proffered to Tsvangirai, instead explaining what the law says.

“If you die interstate, your matrimonial home will be inherited by the wife and the residue will be divided equally between the children and the wife,” Chagonda, a veteran lawyer, told the Daily News.

He was referring to the intestate succession by spouses that is governed by the Deceased Estates Succession Act (Chapter 6:02).

In addition, such a spouse will also inherit, together with the deceased’s children, the remainder of the property that does not constitute household assets.

Depending on the circumstances, it is also possible for the surviving spouse to inherit in full the entire estate of a spouse who is late.

The provisions of the Act, makes property grabbing blatantly illegal.

Elizabeth’s lawyer Harris Nkomo said he is yet to receive instructions from his client to contest the said decision to disinherit her.

Tsvangirai’s death on February 14 was almost overshadowed by a bitter family dispute that pitted his wife Elizabeth, with whom he has no children with, on one hand, and his children, mother and siblings on the other hand.

Elizabeth – cast as a villain throughout the funeral rites – played a peripheral role, with Tsvangirai’s mother at one time threatening to commit suicide if she was allowed to attend the funeral.

It was the same script during Tsvangirai’s last days in South Africa when the family also barred Elizabeth from visiting her husband as he battled cancer of the colon.

Harassed by her in-laws since the time Tsvangirai was admitted to the Wits Donald Gordon Medical Centre in Johannesburg, Elizabeth, 41, almost considered suicide as a flurry of accusations were thrown her way.

Her in-laws who took over all the funeral proceedings from the time Tsvangirai’s body landed at the Robert Mugabe International Airport on February to the day he was buried in Buhera’s Humanikwa, sidelined the wife and made no effort to cover up their differences in public.

In South Africa she had to be sneaked in, in order to visit her dying husband.

The family even went as far as trying to remove her as next of kin—only to be stopped from doing so by Tsvangirai. This was after the family members threatened to assault her in hospital.

Following the MDC leader’s death, focus is now on his estate.

Not much is known about Tsvangirai’s wealth.

Before he joined the unity government in 2009, he had largely lived a modest life and often criticised Zanu PF chefs of engaging in “primitive accumulation of wealth”.

His Highlands mansion is probably his biggest asset, followed by his Strathaven property, which he acquired with his first wife Susan, who died in a car crash in 2009 shortly after Zimbabwe’s inclusive government was sworn into power.

He also had a few personal cars, cattle, goats and sheep.

It is unlikely he still had cash in the bank since his battle against cancer depleted much of it.

Following his visit to Tsvangirai’s mansion in Highlands in Harare early last month, President Emmerson Mnangagwa assured the late MDC leader that he will work towards releasing his pension and other benefits, and the government has already put paid to its promises.

But it now remains to be seen who will get the monthly pensions among his brooding brood with a R2 million hospital bill also outstanding.

Tsvangirai wed Elizabeth nee Macheka in September 2012 after a messy fallout with his ex-bae Locadia Karimatsenga, who was much loved by the family, especially by the late opposition leader’s mother.